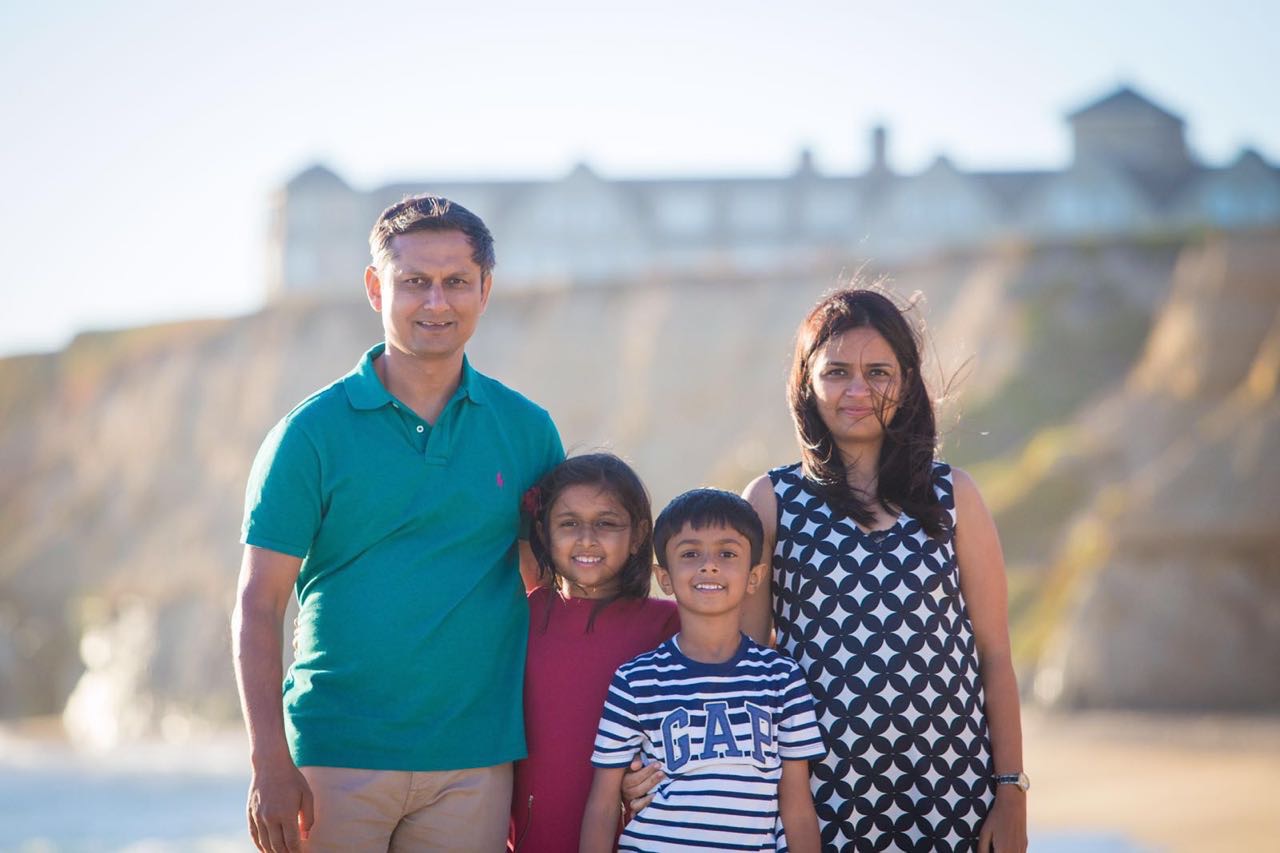 Priyanka & Neeraj Aggarwal (PGP 2001)
We met on campus in 1998. Neeraj was one of the ‘senior and wise’ members of PGP-2, having done his MS in Computer Science from US after IIT and having worked for a few years before coming to WIMWI. Priyanka was still finding her feet being away from home for the first time, having come to IIM-A directly after engineering from Delhi College of Engineering.

A friend of Neeraj had organised a Quant REM for residents of D-1 (exclusively!) at D-3 where facchis had gathered to gain gyaan from the veritable ‘Quant-god’. Priyanka asked a few sharp questions which left a ‘lasting’ impression on me.

There started a series of meetings which varied from Quant REMs, campus fundas, once-in-a-while simple strolls through LKP, and discussions on FORM & life over some oranges after lunch. Somewhere during those times, the friendship and friendly banter became more than that. Neeraj continued to be a regular visitor to D-1 even when he graduated and joined Boston Consulting Group in their Delhi office. He was there on Day-0 of placements with his support and advice through all the madness of interviews. Priyanka landed up a job with BCG’s fiercest competitor – McKinsey, in their Delhi office. But the bond formed on campus led to tying of knot one year after Priyanka graduated and the rest as they is history.

Our journey over the last 16 years has been nothing short of fantastic. Each moment has been exhilarating and we are blessed to have had such fulfilling professional and personal journeys. Neeraj now heads BCG India office and Priyanka is a Partner in Healthcare in the same office. She shifted to BCG after 11 years of being in a competitor firm!

We have two lovely kids – Anshi, 11 and Aarav, 8. We have been back to campus several times and each trip was a ride of nostalgia. We owe a lot to this place which gave us so much – a strong foundation and a confidence to conquer the world – and more importantly each other.