SHILLONG TIMES: A TALE OF FRIENDSHIP AND FEAR 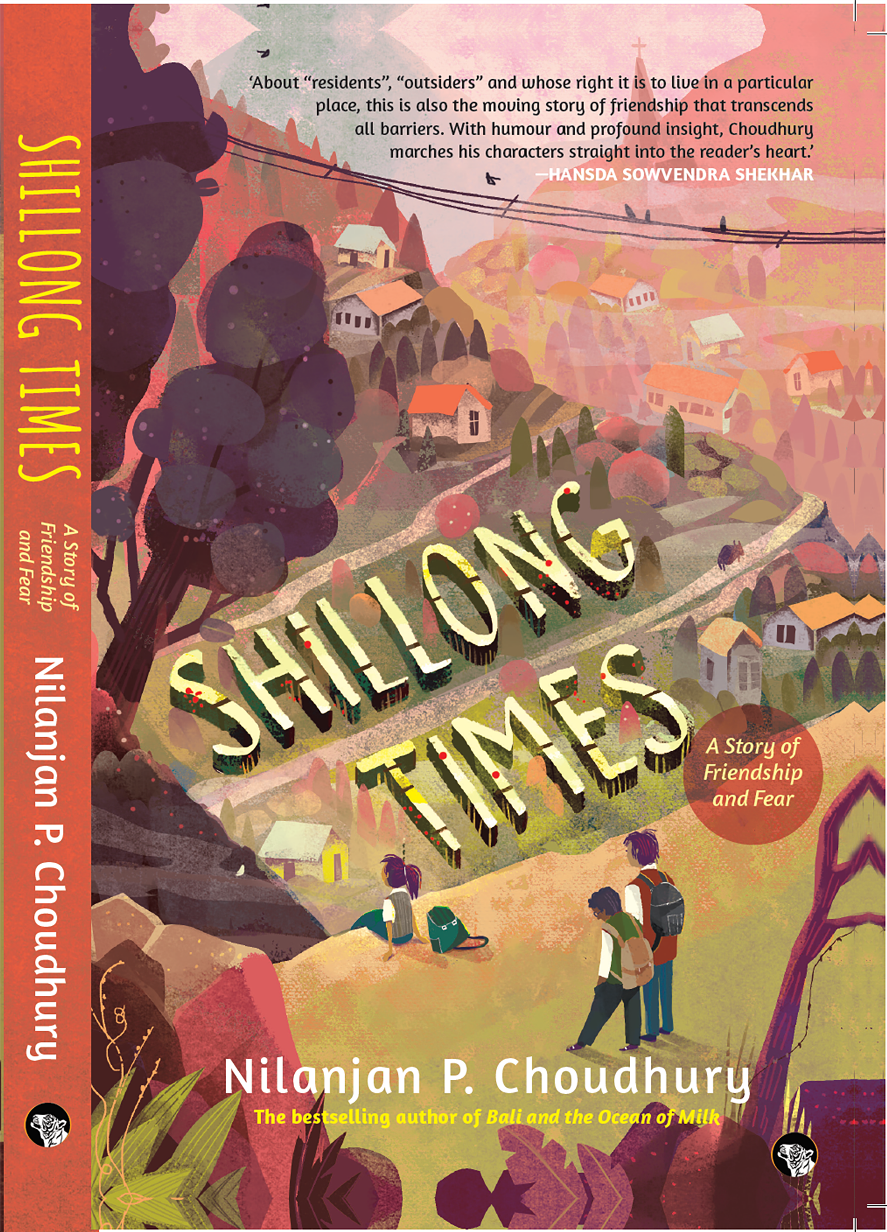 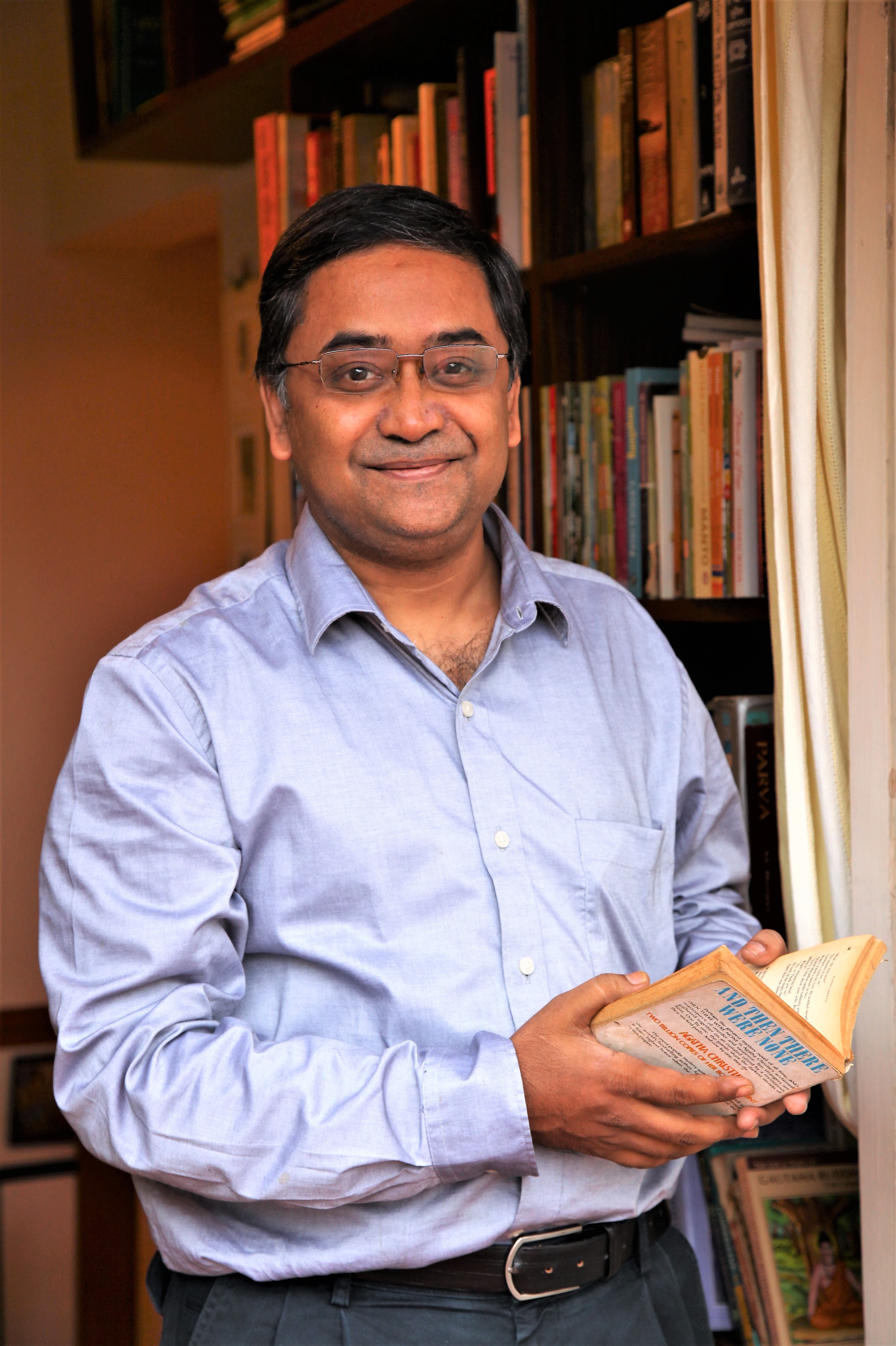 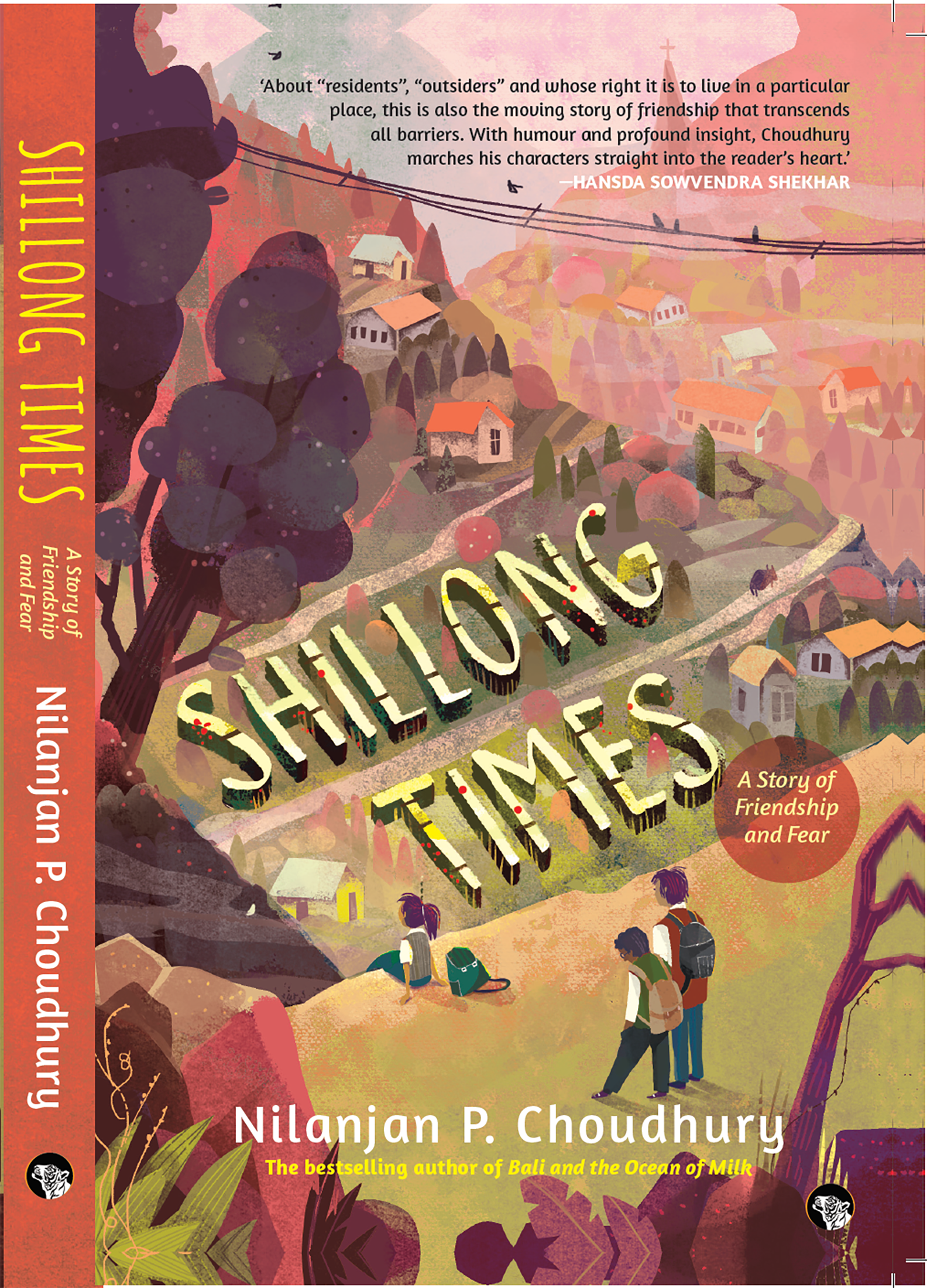 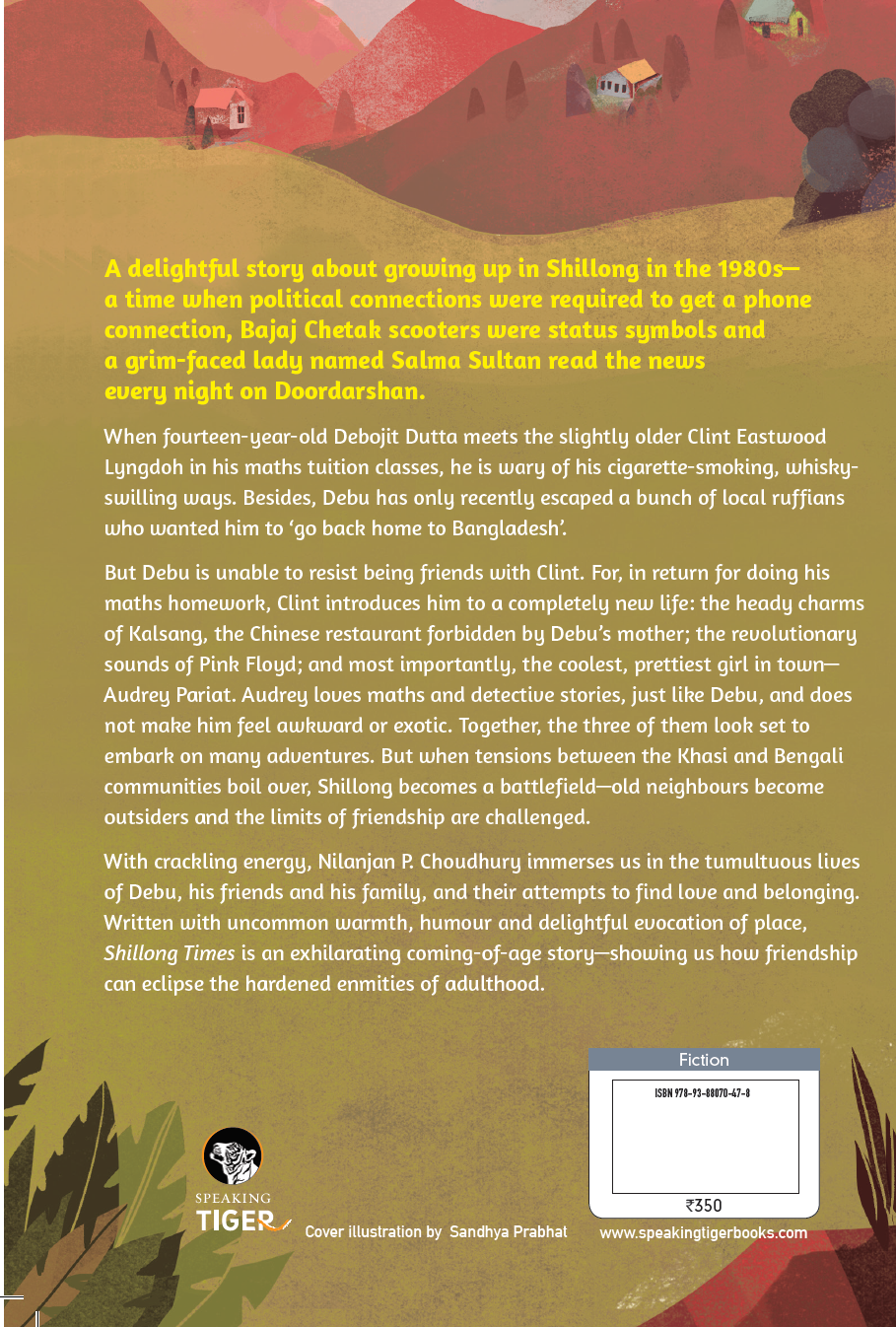 THE EVENING OF FORBIDDEN PLEASURES

It was that still, silent time between late afternoon and dusk when Shillong stretched out like a drowsy cat, savouring the last lazy moments of its siesta. The children were yet to return home from school and the grownups were still at work – an army of babus huddled inside their offices and shops, wading through stacks of dog-eared files…human calculators muttering under their breath as they ran their ink-stained fingers down unending columns of numbers, adding them up and jotting down the totals with a flourish of their well-worn Wing Sung fountain pens.

Not a vehicle was in sight, nor a single person, as Debu and Clint walked down a narrow, crooked lane that meandered through Laitumkhrah like a strand of forbidden pork chowmein, an unwinding skein of thread leading them into the minotaur’s lair at Kalsang. They were in a residential area, some distance away from the bustle of Laitumkhrah market. On either side of the lane stood rows of pretty cottages, their white-washed walls of wattle and daub punctuated by a broad lattice of timber beams painted black. Slanted red tin roofs peeked out from behind the hedgerows, a yellow-green border that diffidently separated the inside from the outside. Most of the houses had a well-tended garden in the front yard, with blooming gladioli, the glistening, waxy leaves of camellia bushes, and clumps of azaleas and monkey-faced pansies lining the cobbled stone pathways up to the front patio. By the wooden gates of one of the houses stood an orange tree, its boughs weighed down by clusters of ripening fruit. A plump tabby cat sat at the foot of the tree, lazily grooming her mottled ash and white coat as she soaked up the mellow warmth of the evening sun.

It was a serene Shillong evening just like any other, watching with amusement the excitement bubbling inside Debu’s heart as every step brought him closer to the secret pleasures of Kalsang. A short walk later they had arrived at their destination – a large, slightly run-down cottage that had been converted into a restaurant. Clint and Debu stepped inside, the wooden floor planks creaking in protest under the tread of their Naughty Boy shoes.

Clint scanned the room for a suitable table as Debu took in the sight greeting him. It was just as he had imagined – waiters gliding about bearing bowls of sizzling hot momos and soup, the exotic aroma of unfamiliar herbs and meats inside the dishes curling into the cool Shillong air like fumes of incense. A row of dimly lit private cabins stood on either side of the hallway. Curtains had been drawn across the openings to shield the occupants from the public gaze. Only their legs were visible – pairs of stockinged, high-heeled feet, brushing against the boot-clad companions, offering tantalizing glimpses of the secret trysts unfolding within. From behind the drawn curtains drifted the delicious tinkling of feminine giggles along with a whiff of perfume entangled in the fragrance of pork chowmein.

Debu felt like he had been transported into the world of the Arabian Nights. Pleasure and peril lurked in every corner.

Through an unspoken agreement, Debu and Clint decided that it would look odd for two boys to be holed up inside a private cabin. They sat at an open table with a view of the street. Clint lit up a Capstan cigarette.

Ah, Kalsang’s! thought Debu, as he sank into his chair and soaked in the charged atmosphere. This was so much more glamorous than having masala dosas and chhola baturas in the sanitized confines of Regal and Chirag’s. A waiter approached them and asked for orders.

‘Umm…yeah. Sure. Fine. The usual,’ Debu said. He had no idea what the usual was but he did not want to appear gauche in front of Clint.

‘Waiter. Two plates,’ Clint said. The waiter nodded knowingly and left the two boys by themselves.

Clint waved away his concerns. ‘No probs. I have enough dough,’ he said, taking a deep drag on his Capstan. ‘It’s cold. Want some whisky?’

‘OK, I’ll have a shot then. Tell you what? Why don’t you do my maths homework for me while the food comes?’

Debu was in no mood for maths. But he felt it would be impolite to refuse his benefactor’s homework. Besides, Clint would probably not force whisky on him if he was doing maths. Tearing himself away from the pleasures of Kalsang, Debu battled the sins of trigonometry as Clint sipped on his whisky and smoked.

An English song was playing on the rickety tape recorder kept by the cash counter.  Clint closed his eyes and swayed to the music. Debu hadn’t heard the song before, but he found himself instantly drawn to it.  It was unlike anything he had ever heard before…

We don’t need no education

We don’t need no thought control

No dark sarcasm in the classroom

Clint’s jaw dropped. He removed the cigarette from his lips and exhaled an incredulous gust of smoke into Debu’s face. ‘You kidding me or what? You don’t know who that is?’

Debu’s face turned pink. ‘No, sorry. I don’t,’ he admitted. ‘I only listen to Hindi film songs on the radio. And once in a while my mother makes me listen to Rabindra Sangeet,’ he said. ‘Which I really hate,’ he added as an afterthought, hoping that it would make Clint think less poorly of him.

‘Not who. What. It’s…anyway never mind. Who’s singing this song?’

‘Man! Don’t you know anything except what’s inside your school books? That’s Pink Floyd man! Greatest band in the world. Ever. The Wall! Greatest album ever.’

‘Oh,’ Debu said, feeling really dumb about not having even heard of the greatest band in the world. Ever.

And it did. Debu had never experienced anything like it before. He didn’t know that music could sound like that. It was at another level altogether. It touched a place inside him that Hindi film songs with their ishqs and zulfeins and chandnis had never reached. He soon found himself singing out loud along with Clint and head banging to the refrain:

All in all, it’s just another brick in the wall

All in all, you’re just another brick in the wall

He felt as if the music was seeping into the marrow of his bones and flowing into his bloodstream. It was an epiphany, a revelation. He felt like Buddha under the peepal tree.

‘This is too good. Simply amazing,’ he said after the last bar of music had faded.

‘Go on sissy! Have your first drink! It’s good. Trust me,’ hissed a nasal voice inside his head.

‘No cruel boy! You will bring shame upon the family name,’ a second voice pleaded, much feebler than the first.

‘Don’t listen to him. He’s such a boring old fart. I’m your friend and I’m telling you. This stuff is good. Go on, drink up. Believe me, you won’t regret it. Go on now – live life a little!’ said the first voice in a honeyed whisper.

‘What are you thinking so much about?’ Clint said. ‘Want that whisky?’

With a great effort of willpower, Debu said, ‘No, thanks. Don’t think I will.’

‘Suit yourself,’ Clint shrugged. ‘Actually, better that way. There’ll be more for me.’ He raised the whisky bottle to his lips.

Debu watched him with fascination. ‘You drink everyday?’

‘You crazy or what? You think I’m an alcoholic?’

‘Yeah, but I bet that’s what you thought. It’s okay. You Bangalis think we Khasis are all drunkards, right?’

‘I know what you meant. Anyway, it’s no big deal. Everyone drinks in Shillong. It’s cold. A nip of whisky makes you feel good and warm. That’s all there is to it. Go to Eee Cee Restaurant in the evening and you’ll see them—Khasis, Bangalis, Nepalis, Biharis – all of them drinking away to glory.’

‘Yes, I know,’ Debu lied. His mother had taken him to Eee Cee Restaurant a few times to treat him to the occasional pastry. He knew there was a bar in the basement, although he had never been inside it. But Clint was probably right. Every once in a while, his own father would come back home with a happier-than-usual smile, a slight slur in his voice and the whiff of alcohol on his breath. On such occasions, he would avoid all conversations with Mrs Dutta and head straight to the bedroom, quickly tucking himself into bed and claiming that he had a headache.

‘The only difference is that we are open about it,’ said Clint as if he had read Debu’s thoughts. ‘But you guys hide when you drink – as if it’s some big crime or something.’

‘Will you please stop now?’ Debu exclaimed. ‘You’re being too touchy about a simple question.’

‘Yeah. Well – maybe I am. It’s just that I don’t like being asked so many questions.’

‘I only asked because you are the youngest person I’ve ever seen drinking.’

‘When did you start?’

Clint frowned. ‘You ask too many questions, man. Why don’t you finish off my trigonometry homework while I have my drink in peace?’

‘Okay,’ Debu agreed, not wanting to start another quarrel. He opened Clint’s textbook and turned to the chapter on trigonometry.

But just then the waiter arrived with two steaming plates of chowmein and trigonometry became a tangential concern. The aroma made Debu’s mouth water. He quickly pitched a heaped forkful of noodles into it. His eyes closed in bliss. Just like the Pink Floyd song, it was completely different from anything he had ever experienced before. It was rich, delicate, filled with subtle new flavours and textures that made his taste buds explode in pleasure.

‘Umm…delicious!’ Debu mumbled as he chewed on a particularly succulent morsel, ‘never ate such… good chow in my life.’

Debu’s fork fell clattering on the plate. Inside his stomach, the noodles turned into a pack of writhing snakes. ‘P…p…pork?’ he stammered. ‘What the…why didn’t you tell me?’

Clint was busy eating. ‘You never asked,’ he replied shortly.

Debu felt like throwing up. He was about to make a dash for the bathroom when Audrey Pariat walked into Kalsang and his life.