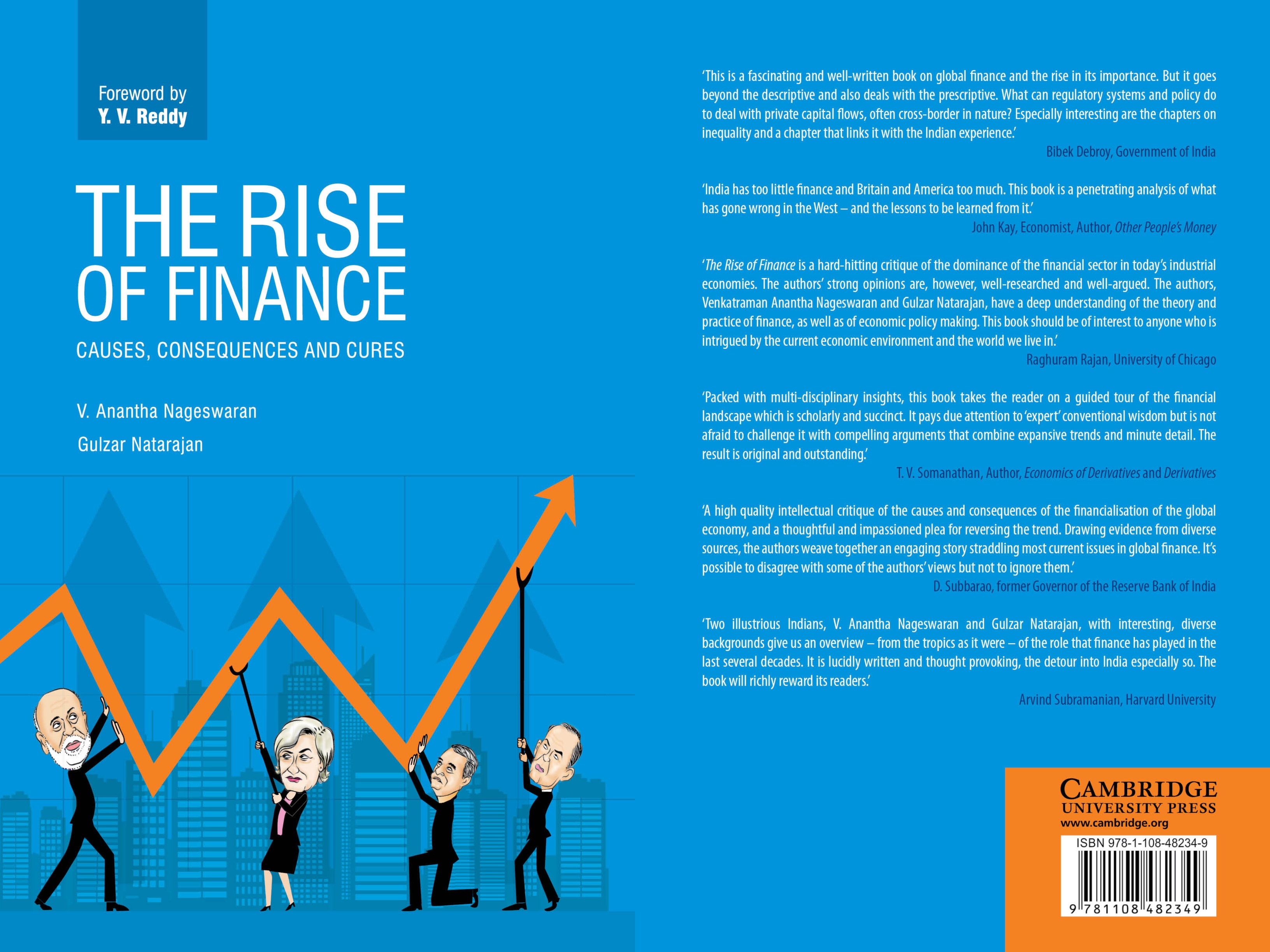 THE RISE OF FINANCE CAUSES, CONSEQUENCES AND CURES

THE RISE OF FINANCE CAUSES, CONSEQUENCES AND CURES 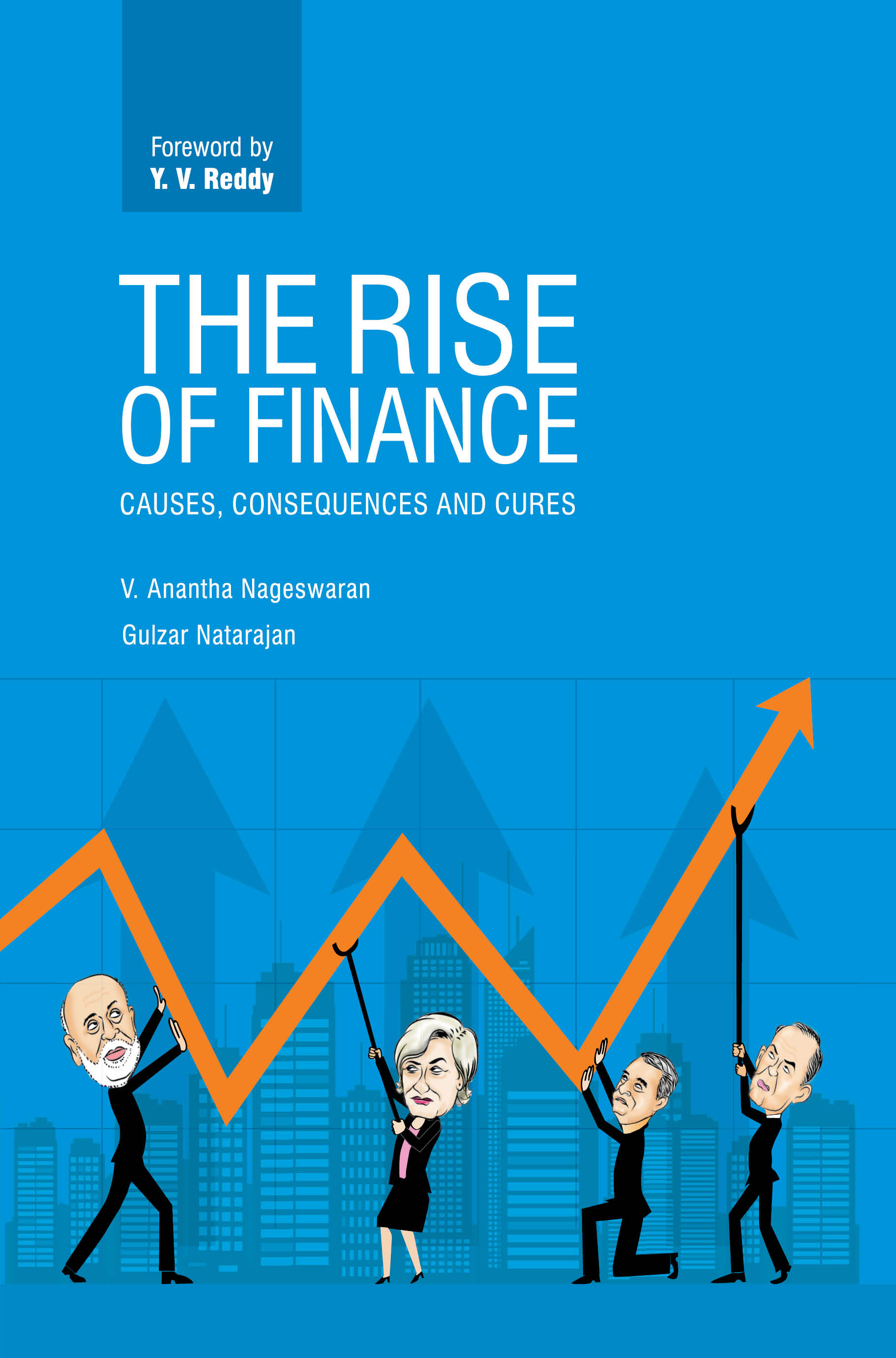 Written by Venkatraman Anantha Nageswaran (PGP 1985), co-authored with Mr. Gulzar Natarajan, an IAS Officer. His co-authored books, ‘Economics of Derivatives’ and ‘Derivatives’ were published by the Cambridge University Press in March 2015 and October 2017 respectively. Another co-authored work from him, ‘Can India grow?’ has been published by Carnegie Endowment for International Peace in November 2016. ‘The rise of Finance: Causes, Consequences and Cures’ published by the Cambridge University Press is his most recent work. He writes a weekly column for MINT, an Indian financial daily, on Tuesdays (www.livemint.com). 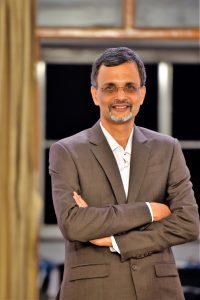 ABSTRACT: Financialisation, or the disproportionate importance of financial considerations in economic decisions, has been a defining feature of the economic history of the past quarter century. This book examines the causes, consequences and cures for financialisation.

The wave of deregulation in banking and capital markets that accompanied the neo-liberal agenda in the US since the start of the Eighties, aided by the dominance of US dollar and the importance of American economy to the rest of the world, has resulted in a globalisation of financialisation. Bubbles became the norm and crises more frequent. Stock markets boomed and production retreated, makers were pushed aside by takers[1]. Finance became an end in itself.

The current instability in the world economy and the decoupling of asset prices from underlying economies (yet again!) provides an Overton window for a radical overhaul of the global financial and monetary systems. New rules of the game that abandon the central role of asset prices in the American monetary policy framework and end the single currency dominance is central to this endeavour.

This has to be complemented with other measures – simple capital adequacy rules for banks, acceptance of capital flows management, measures to discourage debt accumulation, anti-trust action and replacement of elements of the neo-liberal framework. America alone is capable of providing the intellectual leadership needed to realise this change. Its failure to rise to the challenge – as has been the case so far – will have grave consequences for the global economy and for the future of capitalism.

The Rise of Finance Flyer 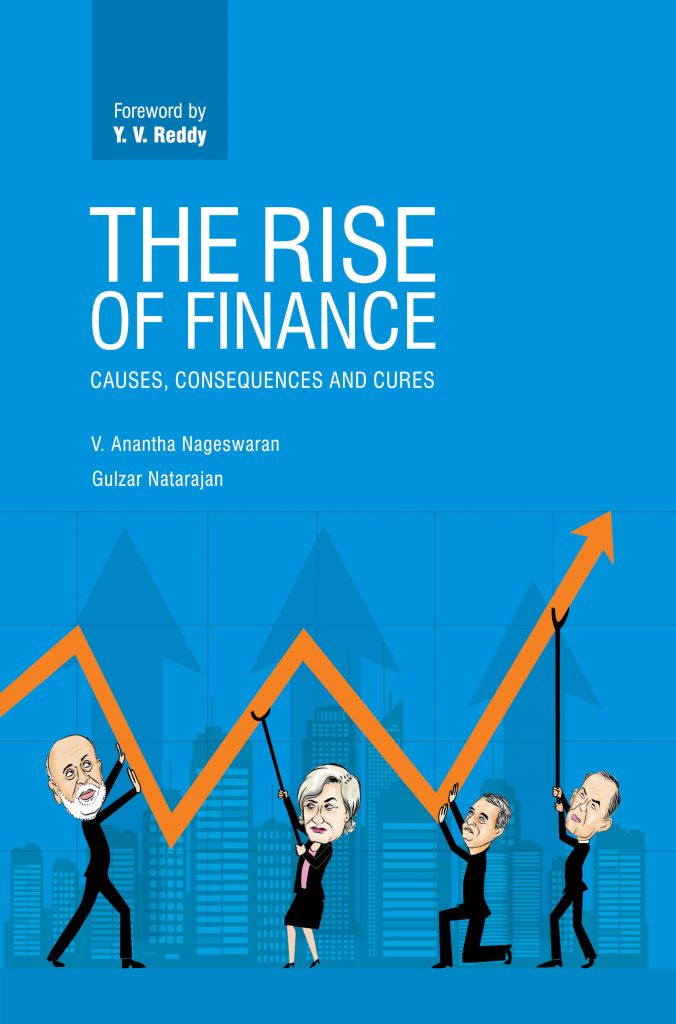 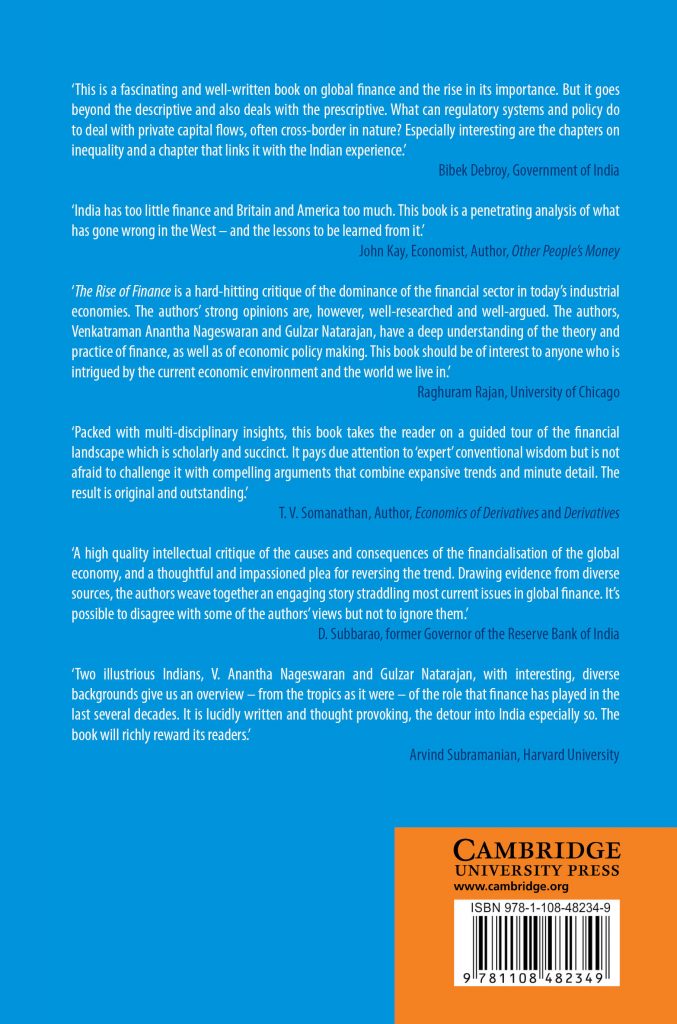