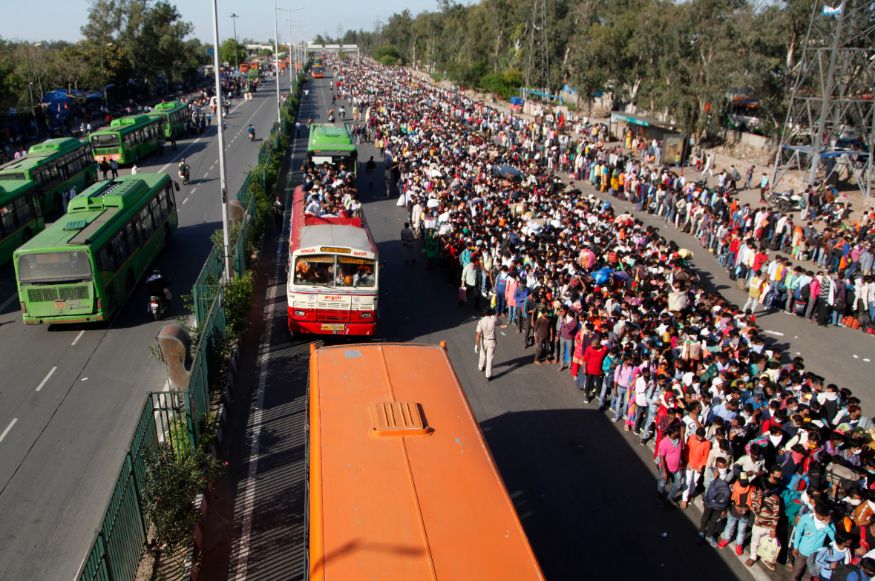 REVERSE MIGRATION (From Governance – To Employment at your Doorstep) 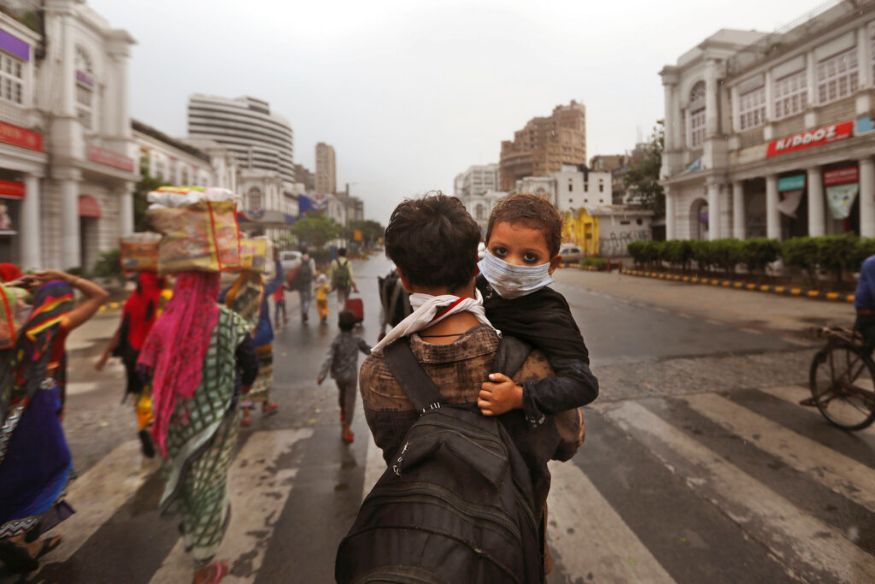 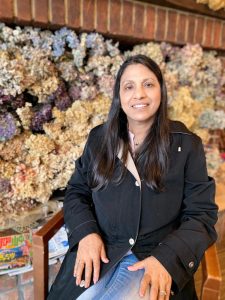 BACKDROP Disasters assume several dimensions and forms; ranging from health hazards to food deficits and other livelihood destroying calamities. These when coupled with a potential or ongoing unemployment and other serious reversals, can send a very substantial segment of our population, viz the migrant labor, including their families into a downward spiral.

Why extreme vulnerability to natural and man-made disasters is tied directly to this segment of marginalized? Lacking empowerment and accessibility to resources coupled with low paying casual or seasonal jobs; there are few sources of protection or places for them and their families to go to when disaster strikes. Even though disaster response may come quickly, it is not likely to repair the damage done to very low-income groups whose livelihoods have been instantly destroyed with no surety of being easily restored.

The mass interstate exodus of migrant labor that the nation witnessed represent this very segment of the workforce. I recall reading – Migrants get economic security in the city & social security in the village. Instant flight occurs when economic security vanishes. Not to mention their disillusionment with human rights and decent work agendas that we may have had. The global pandemic has certainly led to a rethinking on human migration for work and living. 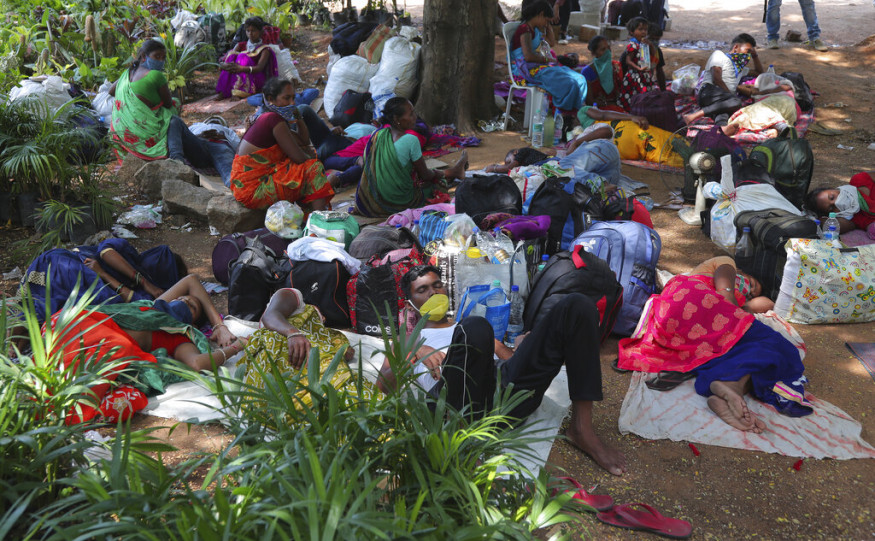 WHAT TRANSPIRED? Post lockdown, manufacturing came to a grinding halt. To add to the woes, the traditional services sectors, some labor-intensive and supply-chain-based manufacturing took an immediate hit & resulted in mass or increased layoffs particularly in informal (low paying / contractual / casual and home worker) categories. This impact exponentially multiplied as services/ labor-intensive manufacturing comprise over 80 percent of India’s informal sector and MSMEs Micro Small & Medium Enterprises) & informal labor in turn comprises nearly 90% of the country’s workforce with no minimum wages or any kind of social security.

States & industries, no one was prepared to take full ownership (in the wake of the magnitude , the State administrative mechanisms came to a grinding halt ); consequently not only jobs were lost, workers got stranded without home , incomes, food, sanitation, social protection and at a huge risk of contracting the disease; unable to return home due to closed borders. By the time reprieve came in, the process of reverse migration had already begun. While some State’s administrative machinery relentlessly tried to prevent the labor from migrating (to enable industries to reopen); insecurities, disappointment and longing for a safe haven had triggered a mass exodus back home.

According to UNESCAP, this (Covid 19) is an unprecedented crisis and calls for unprecedented measures as it comes with huge impacts on the labor force, vulnerable individuals and households who are already bordering poverty, as it may even entrench people in long term poverty not witnessed for a century. Thus, a policy response inter alia should put people first, before economic recovery. Investments in people will further support the economic recovery.

HISTORICAL ISSUES So far, our economic & business models have been more often than not extractive and rooted in a toxic combination of market power and race to the bottom. Hence to begin by understanding some key endemic issues, ailing the value chain becomes imperative before we recommend a progressive road map of people centric recovery for lives & livelihoods.

Unregulated, Informal labor markets: In an unregulated labor market, the increase in supply lowers the wages and intensifies the competition for employment. In a closed economy there are two options to respond to the shortage of labor of, e.g. domestic workers: raise wages or DIY. With migration, workers have to accept lower wages or lose to their competitors, clearly indicating that ‘freer’ the labor market, ‘freer’ is the worker to lose. And the strongest downward pressure is exerted by the use of undocumented migrants and informal labor (wherein their situation forces them to accept what is offered).

Forced Migration & Irreversibility: As per the Census 2011, (last available figures), the level of urbanization in India has increased from 27.81% in 2001 to 31.16% in 2011, as a natural and policy induced consequence of demographic explosion and poverty-induced rural-urban migration respectively. Thus, the magnitude of inter-state migration being nearly 9m annually while the total number of internal migrants (inter- and intra-state) is a staggering 139 m. UP and Bihar are the biggest source states, followed by MP, Punjab, Rajasthan, Uttarakhand, J&K and W. Bengal. The major destination states are Delhi, Maharashtra, T.N, Gujarat, A.P and Kerala.

From agriculture & rural areas, their migration is triggered by seasonal unemployment, poor harvest, debts, natural disasters & search of better paying jobs, education & health avenues for family. Ironically, but landing with low-paying, hazardous and informal market jobs in key (and many other seasonal sectors) such as construction, hotel, textile, manufacturing, transportation, services, domestic work etc. in urban destinations. They are never meant to be a part of the dream city or housing. Most of them do not engage in respectable or decent work or have access to decent education, health, housing & sanitation. Many are also the target of local xenophobia and also represent the inability of the employers to look after them, especially when disaster strikes.

Repudiation: Denial of these problems and repetition of the overall benefits of migration (induced or we may say forced) for growth, innovation and diversity have more often than not been unconvincing and today it has proven so. Forced (compelled)migration along with their woes is a reflection of not only a failed and uneven – affordable and decent housing policy, overlooked health facilities over the last few decades but also absence of holistic regional development and alternative employment avenues in these districts. It requires urgent attention of the policy makers and industrial diaspora alike as it may only worsen in times to come. It’s a clarion call to all stakeholders of cooperative governance & federalism to “rethink migration” progressively.

Firstly, transforming a forced mass exodus of this workforce into an opportunity to be harnessed in locally sustainable economic activities and immediate demand in sectors triggered by the force majeure conditions.

Secondly, to rethink long term on more resilient sustainable practices of decent work – more so for mobility and migration. This would unlock an equitable & sustainable development of the country, its people (workforce) and economic prosperity.

Past & post-independence strategy for agriculture sector has always focused on increasing agriculture output and achieving food security. This strategy worked well and paid dividends during the 60s but did not explicitly address farmer’s income or welfare & this explains the mass migration from those States to cities. The government had already initiated some core reform areas back in 2016 (e.g. Back to Village – B2V2) based on four themes, – ensuring functionality of panchayats, 100 per cent coverage of beneficiary-oriented schemes and doubling of income of rural people by giving impetus on rural economy,”. It is the latter part of the mission statement that has a tremendous significance today.

A quick look at the charter of ongoing reforms presented  by India last year at the OECD , emphasizing modernization of labor , land regulation, rural roads & infrastructure , affordable housing , social insurance , fertilizer subsidies , jail shakti abhyanga,  increase in renewable energy and cooperative federalism all point towards a self-reliant rural India underscoring the rethinking of  a growth strategy for countries like India who have rich natural resources and human skills. The key sectors of employment generation identified:

Affordable Housing for all: To fast forward & finance the creation of socially, ethnically and culturally mixed urban neighbor hoods as the basis for inclusive and sustainable cities for migrating population and encourage local area housing development in sub urban & rural districts, leading to local employment avenues.

Renewable Energy: Government stimulus packages could include this sector as it provides a window to meet energy needs ( irrespective of the  location or size of the  facility /geographical landscape , rural or urban , Agri  or industrial ).Without additional carbon impost, it creates more jobs per unit of energy delivered and diversify and localize supply chains to increase resilience to future disruptions. It also translates into immense electrification of rural/semi urban districts & villages, generating green employment alternatives for the returnees.

Water Resource Management: Jal Shakti Abhiyan which was launched  prior to this pandemic , to cover 256 water stressed districts across the country is all set to combat the present health crisis and give a boost to the rural economy through its various components by defining a more intensive strategy comprising rejuvenation of traditional water bodies, removal of encroachments, desilting of lakes & ponds, construction/ strengthening of inlets/outlets, catchment area treatment etc. In addition, the Village Action Plan (VAP) prepared by local community for Jal Jeevan Mission will provide a solid framework to the rural infrastructure and employment activities.

Skill mapping and recognition of prior learnings for the returnees as the first step in this direction as it facilitates a short-term reallocation of workforce skills; which can ultimately transform into developing nodal economic supply chain clusters in the rural and semi-rural districts of India.

Except that this time the value chain represents a virtuous circle of production. Thereby not just creating alternative avenues for employment, with equitable and secure work conditions but also not entailing a migration (forced) with low paying incomes. Simultaneously it will reduce the pressure on cities who already ail from high population density & stressed infrastructure, making it inhabitable for most migrants. “Resettlement colonies or Slums” is facing the brunt of the pandemic is not lost on any one of us including the migrant labor. Hence relocating supply chains would be a progressive strategy from all angles.

Last though not the least, prioritizing People & Planet over Prosperity, in the current context. For India this translates clearly into the following segments:

Health & Social Protection: Specifically, investment needs to be directed towards providing universal health coverage and a social protection floor for people in informal economy & vulnerable situations & who are at disproportionate risk. This begins with a National Database for workers in the informal economy, for which the Bill has already been introduced in the Parliament.

Affordable Housing: A fair way in this direction would be to spread the housing needs which are currently concentrated in a few cities; to sub urban and semi-rural areas so that it is accessible & affordable by all.

Living wages: Create a wage floor through a living minimum wage guarantee for informal economy and migrant workers, creating legal and administrative mechanisms to rule out business models based on poverty wages and wage competition below the living wage level and a minimum guarantee level in case of national disaster and pandemics.

TO CONCLUDE Globally, nations are now looking inward and it could not have been more apt time for our leadership to have announced “Atmanirbhar”. Which, holds a higher significance from the view point of sustaining a geographical relocation of workforce, managing the mass exodus back and forth and eliminating forced migration. “Looking inwards” are the right push factors to focus on Import Substitution, Self-Reliance, Sourcing Local and expanding our value chains inwards.

Internally , equitable economic activity manufacturing , infrastructure development & social security measures ; accompanied by Cooperative Governance & Reforms, the paradigm of cooperative federalism ; all aimed at harnessing the lessons learned over the past decades and brought in sharp focus by the outbreak;  will kick start India and its countless skilled migrants on a road to recovery and employment at their  doorstep.