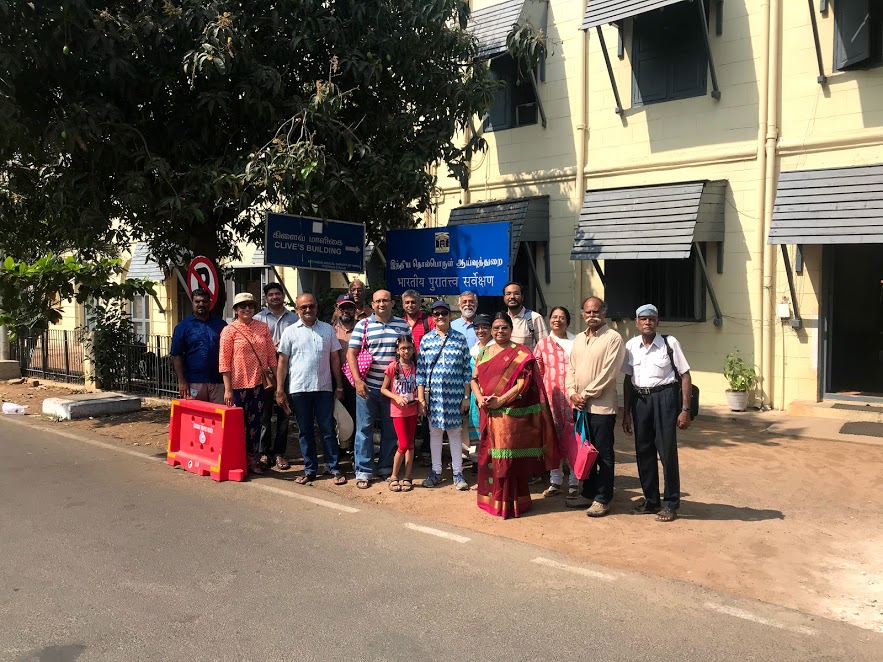 About 33 alumni + family embarked on a heritage walk of Fort St George, the first fortified enclosure of the East India Company that was completed in April 23, 1640, St. George’s Day. The first Indian city – Madras [now Chennai] – evolved around the fortress. And much of the administrative practices and institutions of modern India, thereafter.  Historian Sriram, who pioneered thematic heritage walk guided the tour, laced with anecdotal stories.

Fort St. George is hub of Tamil Nadu administration. Various parts of the Fort are controlled by various agencies – the Tamil Nadu Government and Secretariat, the Assembly, the Army, the Navy and the Archaeological Survey of India [ASI].

The gleaming black pillars of the Fort, embellishing the portals of power, the Legislature-cum-Secretariat, the handsomest building in the Fort, capture the eye. They probably have hundreds of tales to tell.

These pillars were once part of a 32-pillar colonnade built in 1734 by Governor Morton Pitt from the Fort’s main entrance to Fort square. Whether the colonnade was really necessary, was long debated. In fact, when proposed, it was a project taken up as is so often done today: Have money, let’s use it as I please.

When the French occupied Madras in 1746, they dismantled the colonnade and re-erected it in Pondicherry. But when the British captured Pondicherry in 1761, they sent back to Madras the pillars before razing the French town.

The colonnade was, from time to time, called the Piazza, the Veranda, and the  Banqueting Hall. The names reflect other uses the pillared hall was put to over the years. 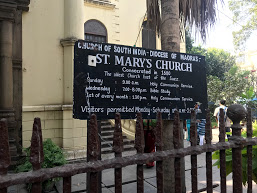 It’s generally  believed British Madras’s first church is St. Mary in the Fort. However, Sriram explained that Madras had St. Andrew’s that predates it be nearly 50 years, dating to 1642. Intriguingly, this was a Roman Catholic church Andrew Cogan, Agent of Fort St George, an Anglican settlement, permitted Fr. Ephraim de Nevers to build. He had persuaded the Capuchin Friar headed for Pegu, Burma, to stay in Madras and minister to the East India Company’s numerous Portuguese employees and the fisher-folk just outside the Fort.

Clive House, an imposing brick and mortar structure, is a historical place right on the southern side of Fort St. George across the St. Mary’s Church. Robert Clive lived with his wife in the house, owned by an Armenian merchant. It was also known as Admiralty House. The Courts of Admiralty, established in 1687 as a court of Appeal, later sat in this building. Subsequently, it became the town residence of the governor. Nice wooden floors, beautifully carved wooden staircases and high ceilings, the highlight of Clive House is a huge hall on first floor with Corinthian columns. It could be a banquet Hall that would have seen many lavish parties and balls with the band playing numbers from Mozart, Beethoven, et al. Presently, ASI is functioning from here.

One can trace the beginnings of Indian governance in the precinct of the Fort. It was in  1921 that the Justice Party was invited to participate in the administrative process with a Prime Minister and two other  ministers taking on Cabinet responsibilities. Since then, the Fort has seen a number of pioneering moves – the first Government in India to enact legislation for reservation (the Communal GO of 1921), the first legislature to have a woman member (Dr. Muthulakshmi Reddy in 1927), the first elected body to decide on an industrial estate (Guindy in 1958), the first Assembly to moot mid-day meals for school children (Kamraj government) … the list is endless. After all, each one of these Acts was enacted at the Fort. 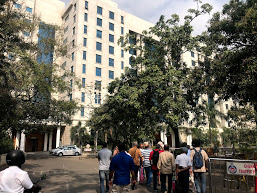 The Alumni group navigated the campus of Fort St George consisting of iconic buildings, These include:

Museum was completed in 1795 and housed the Madras Bank. The first ever flown National Flag of India is on display in 3rd floor of the museum.

Namakkal Kavingyar Maaligai is the 10-storeyed building that is the power center of State Secretariat.

St. Mary’s Church is the oldest Anglican Church in India, built between 1678 and 1680. Robert Clive and Elihu Yale, who later became the first benefactor of Yale University in the United States of America, were married to their respective spouses in this church.

Clive House across the St. Mary’s Church. Robert Clive and his wife lived here till he moved to Calcutta.