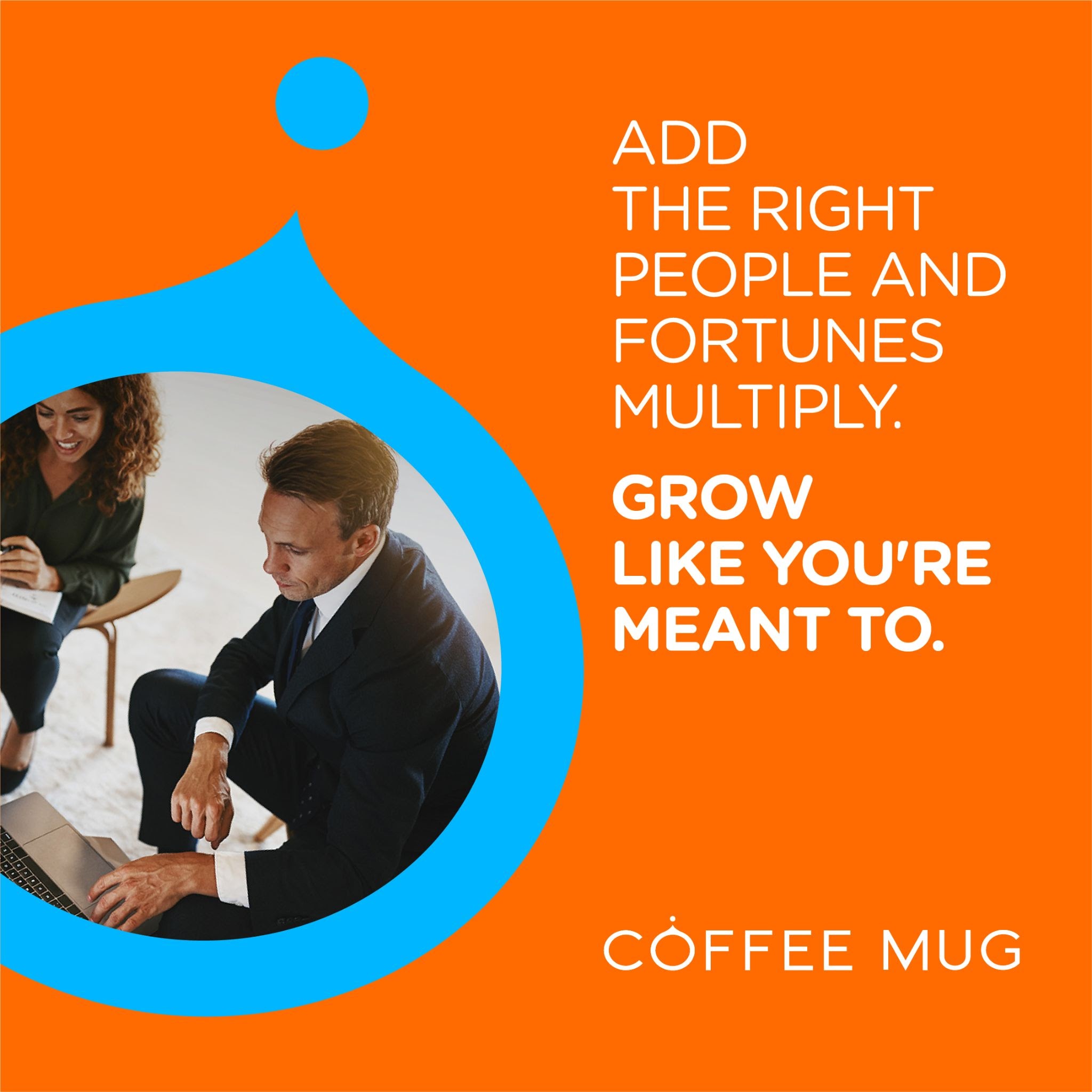 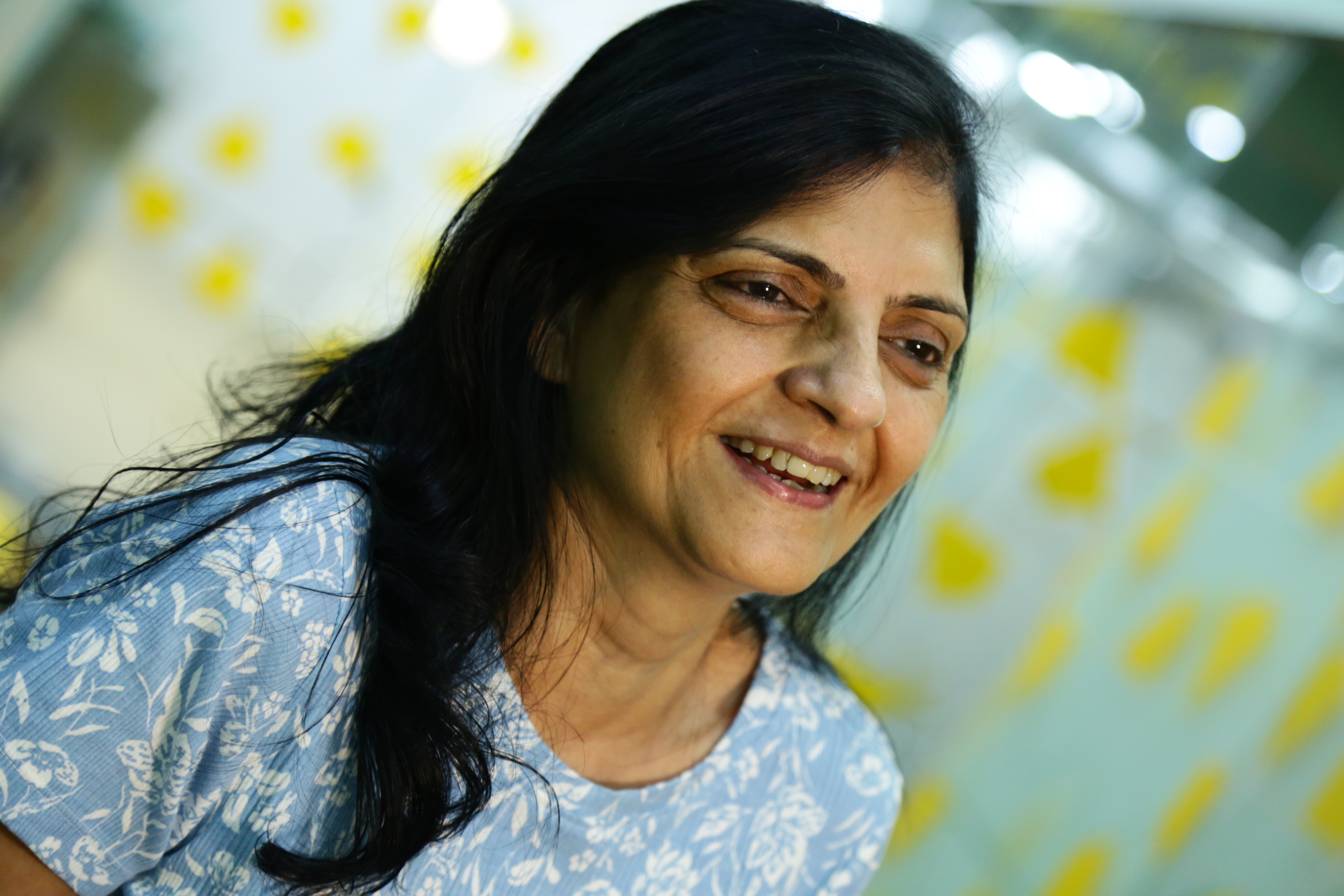 Dipti Tandon Puri (PGP 1991) is obsessed with everything digital. A startup veteran, she has been match making since 1999! Here, we are talking about her journey so far and her latest venture CoffeeMug.ai, an AI-based professional matchmaking platform for business leaders. CoffeeMug.ai is an invite-only professional networking platform for top-of-the-funnel talent. It uses AI to fulfil hiring, investment, and network building needs of CXOs, founders, VCs, and other business leaders. After a year of operating as a web-only platform, CoffeeMug.ai has now also launched its Android and IOS apps.

Dipti built JeevanSathi.com, her first attempt at matchmaking in 1998 and it soon became a super popular matrimony platform. In 2005, she setup Magicbricks for the Times Group, this time, matching property owners and seekers. It quickly became India’s No. 1 property portal. Now, she is back to starting up once again. The product is yet another matchmaking business –  CoffeeMug.ai, matchmaking for professional needs.

WHY I STARTED UP? The pivotal moment in my career was leaving the corporate life in the late 1990s. I got into the exciting world of start-ups at a time when the word start-up itself was unheard. It was early days in my corporate career, and my organisation was going through a merger. I spent a fortnight of 2 am work nights just to justify why we should exist. I found it extremely pointless of having to justify your existence. Plus, I realised as the smallest cog in a mammoth wheel, I could not even move a needle on my own. That thought prompted me to take the biggest risk of my career, chuck up my job and start something of my own. I figured what to do only after I chucked up my job – not before. The reaction of people around me towards my decision to become an entrepreneur was very different. Back then, it wasn’t the ‘in or the cool’ thing to do. Everyone thought I had lost it as I was giving up a cushy job post MBA from such a premier institute. Mom in fact asked me if someone had asked me to leave the company and what would people say? I was hungry, maybe even foolish but supremely confident that “Kuch to kar lenge”. For this confidence, I thank both my growing up years with my Dad and my alma mater IIMA.

JEEVANSATHI AND MAGICBRICKS While running JeevanSathi, I did not understand the concept of funding and that I would still be able to own the business and run it the way we felt would be the right way. I thought that if we have an investor, we would lose the right of ownership. As a business, JeevanSathi needed an investment as competition was building up and they had super deep pockets. So, we sold JeevanSathi – lock, stock, and barrel. While we had achieved success, I missed attaining ‘big scale’.

By this time, I had understood that an internet business needs big money to scale and took up Times Group’s request to build a real estate portal for them. This is where I achieved my dream of attaining ‘big scale’. While I had built Magicbricks with my own hands, it was for someone else, the Times Group. I was associated with Magicbricks for 10 years, the product attained market leadership and life became mundane. I felt it was now time to move on to something newer. And this time an effort to build for myself and attain scale.
CONTINUING WITH MATCHMAKING By now, matchmaking is in my blood. I also think, once you break down the problem to matchmaking basics, a lot of parallels come out. For example, building the requirement system in property was the same as partner match at JeevanSathi, and today, it is equally applicable to finding business/team partner at CoffeeMug.ai. 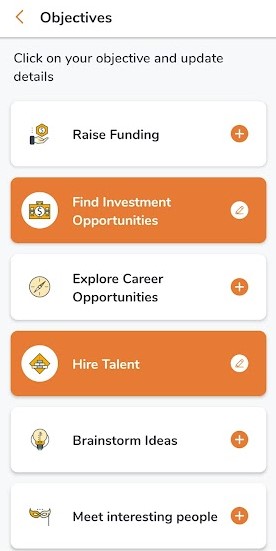 USER GROWTH AND BUSINESS MODEL OF COFFEEMUG.AI Founded on 29 Feb 2020, CoffeeMug is a global, 1:1 warm introduction platform connecting entrepreneurs, investors and business leaders. Our vision is to democratise networking, and our endeavour is to empower our curated global community of leaders to form new connections which unlock real business opportunities for them. Our AI based algorithms work behind the scenes, matching and connecting members on a weekly basis. It’s a multi-layered algorithm covers multiple profile and behavioural attributes, optimising for maximum contextualisation and interactions.

Catering to the top three needs, viz., jobs, investment and expert network, the AI-based matchmaking algorithm at CoffeeMug.ai enables seamless virtual professional networking between stakeholders. CoffeeMug.ai currently has over 83,000 members, is signing up 10,000 users for meetings on a weekly basis and has an 85% interaction rate. Its users include investors from Nexus Venture Partners, Elevation Capital, AngelList, Matrix Partners India; leaders from startups such as CRED, Haptik, Lenskart, Ixigo; senior professionals from Big Tech companies like Amazon, Facebook, Google; investment banks like Morgan Stanley, and more. Besides India, the US and Singapore are its top markets.

Driven by fast paced technological innovations in all sectors, professional networking radically has become a global market for disruption. In this scenario, we wish that the new-age gated communities at CoffeeMug.ai could be a way forward.