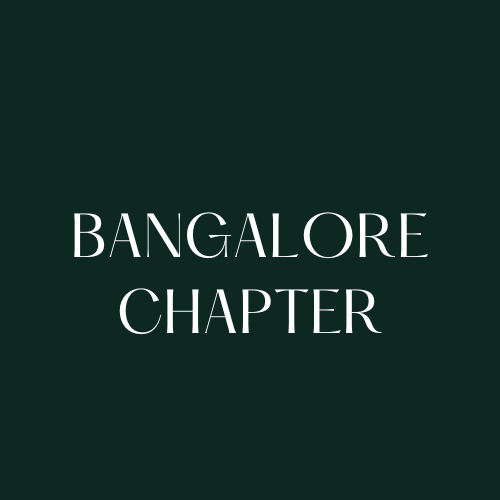 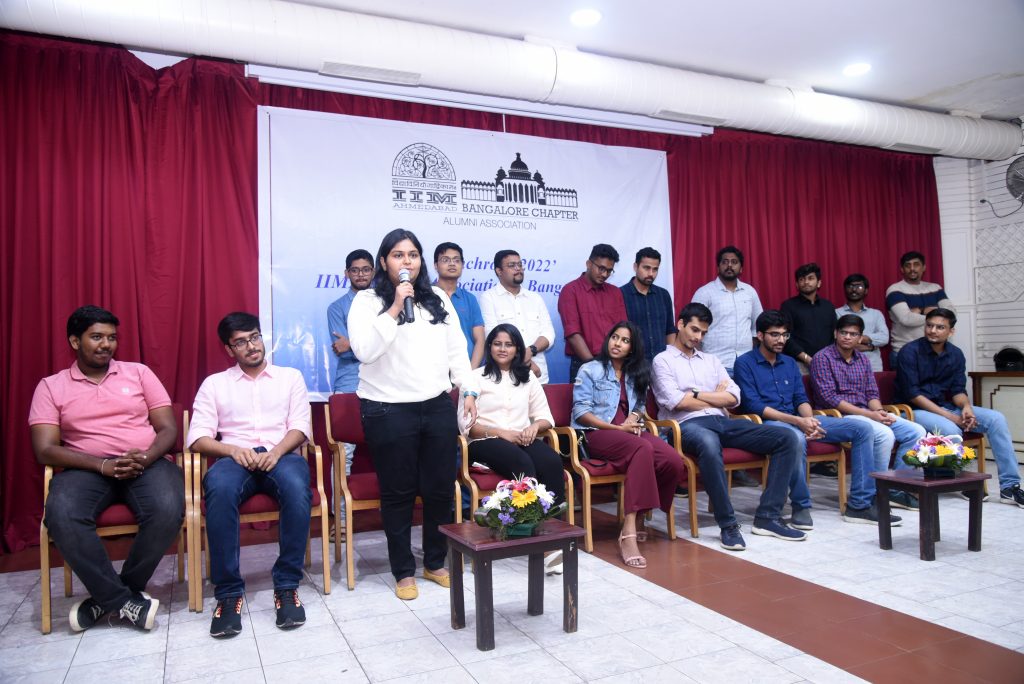 Interaction with the freshers

After two long years of being incarcerated by Covid, Synchrony 2022 came back with a bang in Bangalore with 182 people in attendance on the 28th of May. We had to cut off registrations at 200 due to the hall capacity, but unfortunately a few who had registered could not attend. The typical Bangalorean’s complete disregard for time, of course, came into play. Even though 200 had registered and 182 finally turned up, there were only around 50 people at 7 pm when the event was actually scheduled to commence at 6 pm. The agenda was therefore crunched and fine-tuned when we finally began at 7 pm with an individual meeting with the freshers on the stage. It was refreshing to hear about their hopes and aspirations and to especially hear of their efforts to be a part of Synchrony which was seen by many as the first exciting step to entering the portals of IIMA. There were many who had travelled from places where there was no Synchrony event, to be a part of the Bangalore Synchrony. 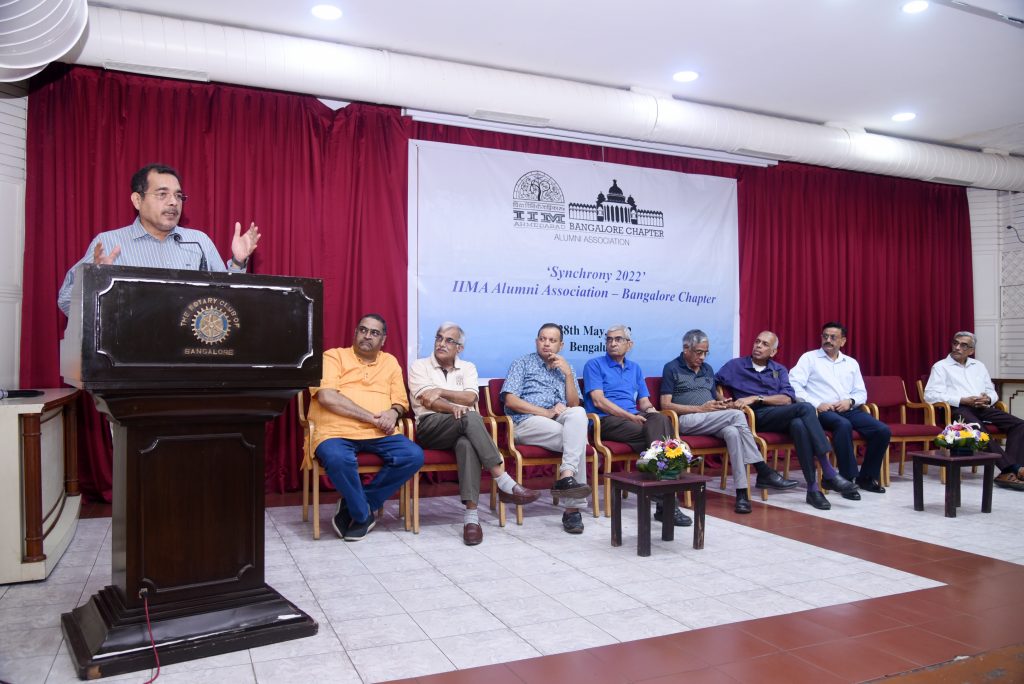 This was followed by this year’s theme event – two alum were invited from each decade, from the 1960’s to 2000’s, to share their reminiscences. The journey of growth and success of IIMA as an institution was recreated from first hand experiences of people who have managed to build such great goodwill and achieved excellence over the years. There were anecdotal recollections of the memories spent at campus and how the career trajectory took shape in unforeseen ways. One key learning was that ‘building strong relationships by valuing the people around you is the way to go’. It was great to witness the convergence of minds across industries and the sharing of experiences by the alum who narrated their path through life and the inflection points in both their personal and professional lives. 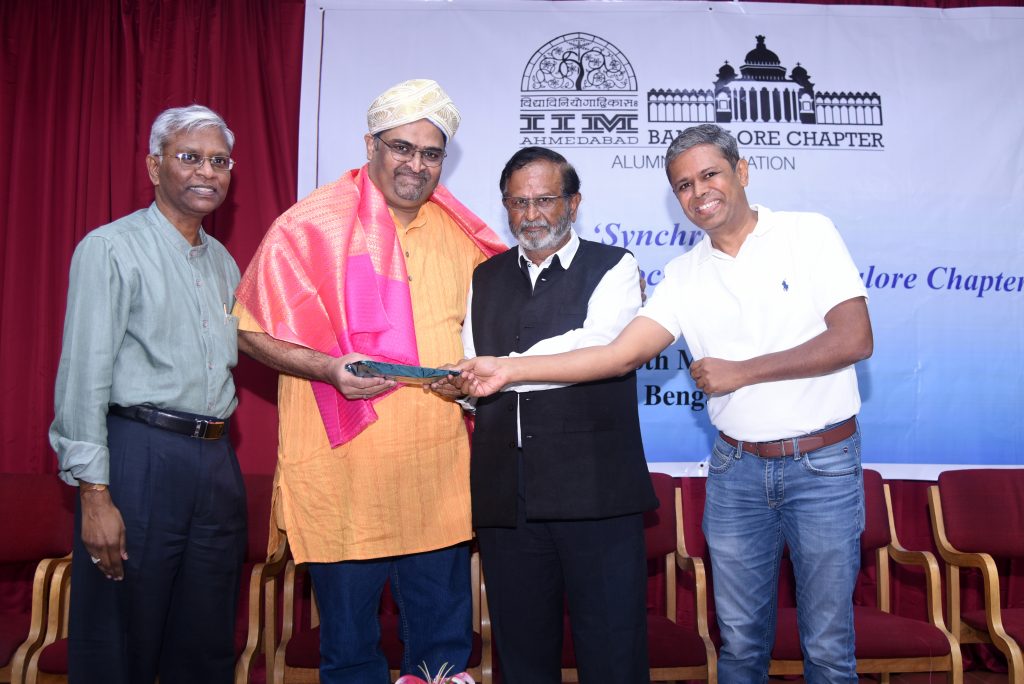 KK being felicitated by the Bangalore Chapter

Krishna Kumar, PGP 93, had to step down as Secretary of the Alumni Association Bangalore Chapter some time ago due to unavoidable, pressing, personal reasons. As a part of the event, he was recognised for his invaluable contribution to the management of the Bangalore Chapter of the association. KK, as he is fondly called, will continue to support the activities of the Chapter. Kiran Patil, PGP 07, again with a long association with the Chapter Activities and eminently suited by experience and temperament for the position, has taken over as the Secretary. 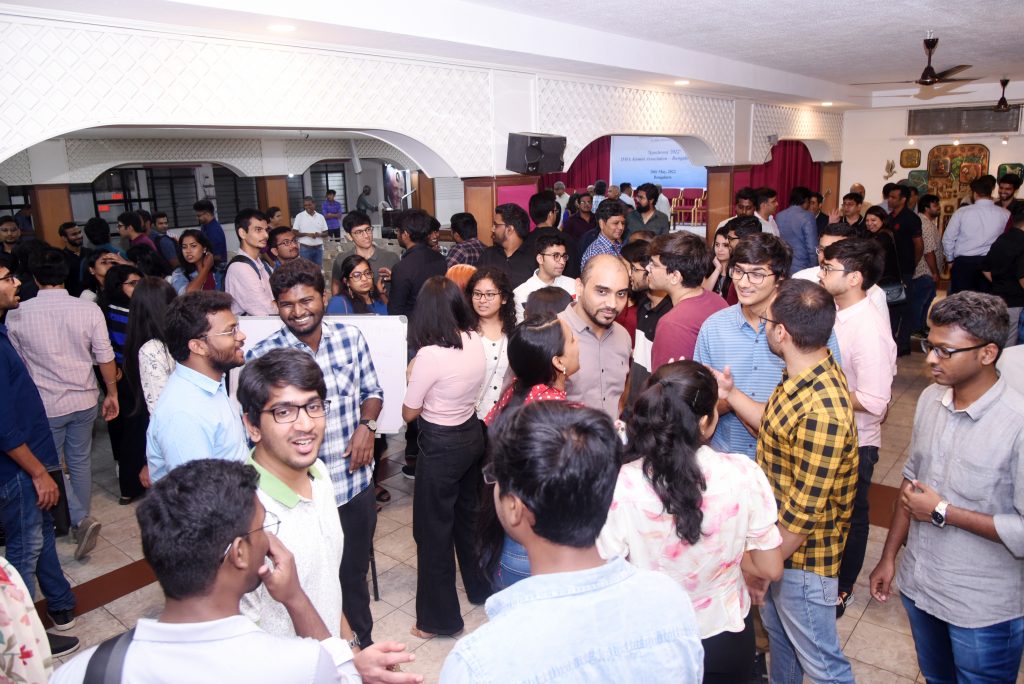 The final part of the event was networking over cocktails and dinner. Friends meeting after long years, freshers meeting their peers for the first time and all the interns sharing their corporate experiences, it was the place to be. People animatedly exchanged experiences on their journey of life through interesting discussions in breakout groups. What excited the freshers was how the same campus gave so many varied experiences to each one present there! There was laughter, inspiration, questions, and a cocktail of emotions. One thing that became evident to the freshers was that the roller coaster ride that they were stepping into, would begin with their sojourn in IIMA. 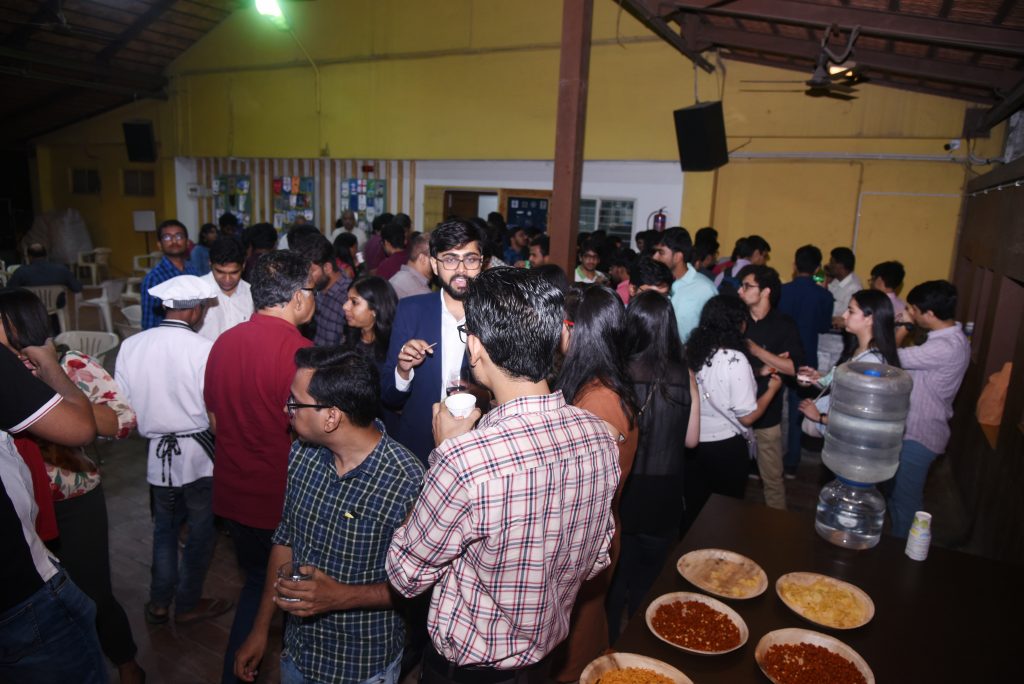 Breakaway meetings and discussions on the terrace