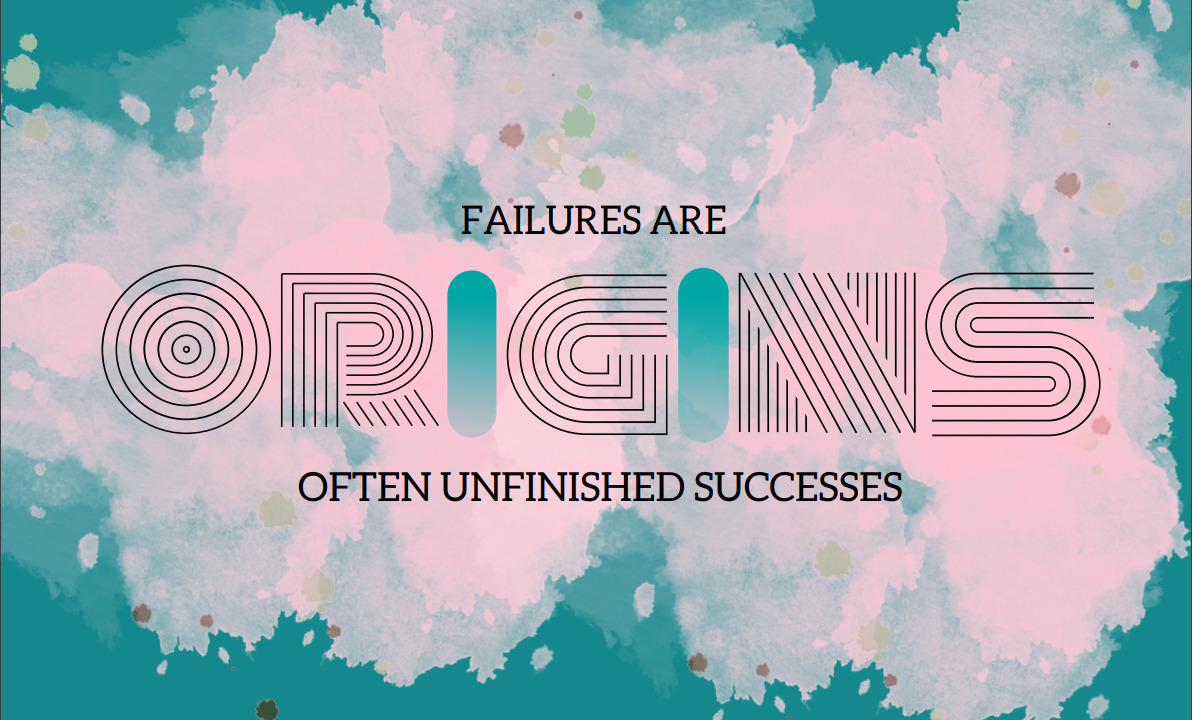 GOOD OLD STORIES OF FAILURES AND THEIR SUCCESSES

GOOD OLD STORIES OF FAILURES AND THEIR SUCCESSES 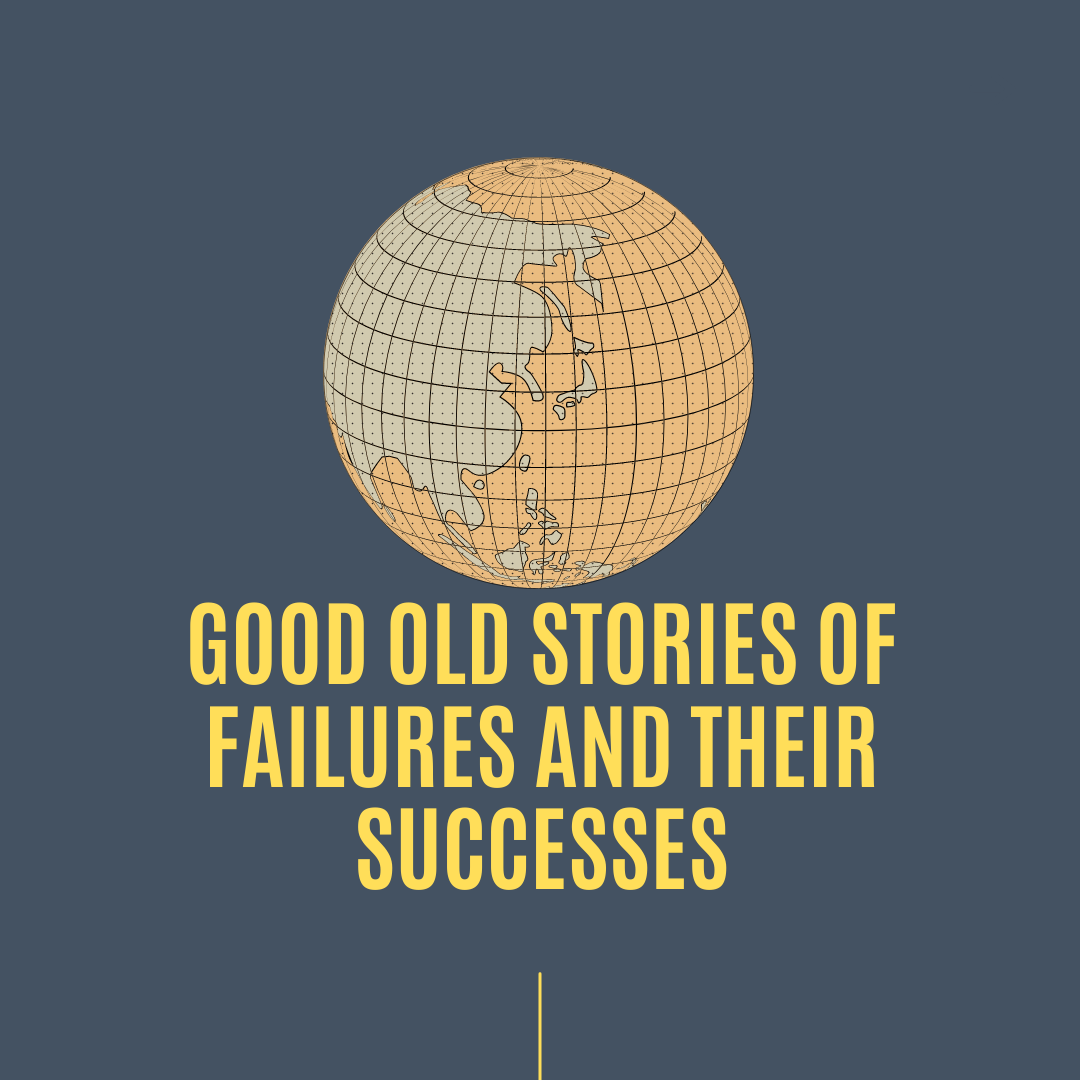 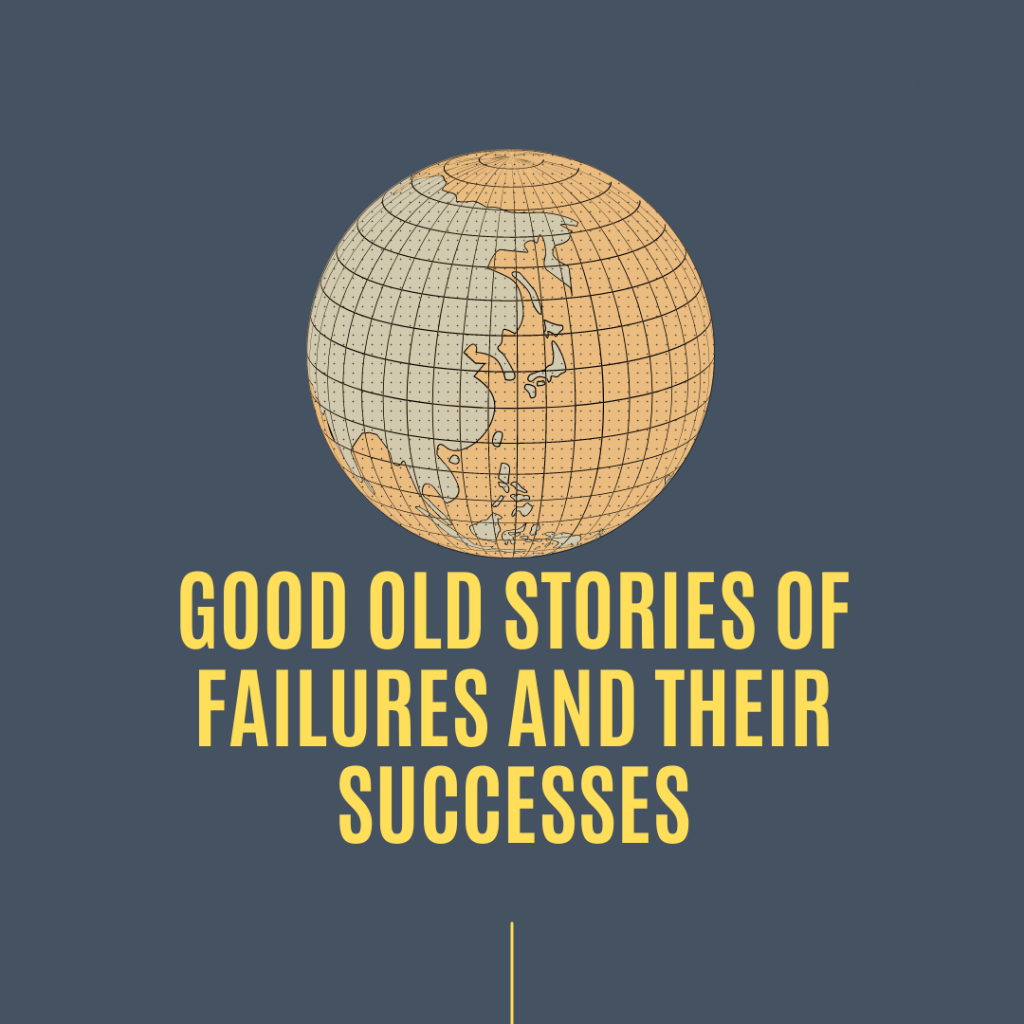 Robert the Bruce was King of Scotland in the early 14th century. He led the war of independence against England but his initial attempts were quite unsuccessful. Getting disheartened, he went into hiding in a cave wherein he got inspiration from watching a spider which after many failed attempts succeeded in spinning a web to catch its prey. (Equivalent present-day example is the Robot Floor Vacuum home cleaners which are similar in their perseverance and ultimate effectiveness!). He fought a glorious war that let Scotland gain its independence and also became a much-revered national hero!

Abraham Lincoln, the 16th President of the USA failed in his major attempt at a grocery business and declared bankruptcy. This forced him to pivot mid-career, and he became a Barrister instead. Even this foray was a miserable failure but then his switch to politics thereafter was a great success. He became an icon, especially known for abolishing slavery across America.

Walt Disney’s first major entrepreneurial venture in producing animated fairy tales ended in a disaster, with him filing for bankruptcy at the age of 20 years. He relaunched his career by creating Mickey Mouse and producing the movie Snow White & the Seven Dwarfs. This too had huge cost overruns pushing him to the brink of bankruptcy once again. Somehow, he put the finances together to release the movie that became a roaring success. Subsequently, a series of successful movies has left behind his rich legacy in the global entertainment business.

Steve Jobs A college dropout,1976 built the Apple Computer Company quite successfully over nearly a decade, starting in 1976. But in 1985, he faced the ignominy of being thrown out of his own company by the Board of Directors for unreconcilable differences on the way forward for the company. This, however, did not deter him from launching another failed venture called NeXT, a computer Workstation company. Luckily, his parallel financial investment in George Lucas’s animation company made him a billionaire. In 1997, he was invited back to lead a struggling Apple (which had acquired NeXT). The rest is history, as his unique ‘Think Different’ strategy worked with path breaking products, Apple Inc. becoming one of the highest market capitalized companies in the world.

USA introduced the Bankruptcy Reform Act of 1978 to address the failed businesses to establish a uniform law on the subject of bankruptcies. Particularly effective has been the Chapter 11 procedure to revive businesses. The Chapter 11 is a situation, where a company can anticipate its insolvency and file for bankruptcy before the situation gets worse. Benefits include:

Perhaps the most dramatic turnaround success story in Chapter 11 is that of General Motors (GM).

General Motors (GM) was a century old and large automotive company in the world (in fact the largest for many decades till Toyota overtook in 2007). But in June 2009, GM went bankrupt, stripping stockholders of almost all of their investments. A month later, the US Treasury invested $50 billion in GM and launched a revival plan. The Treasury invested an additional $17.2 billion into GM’s former financing company, Ally. The shares in Ally were sold later for $19.6 billion, netting $2.4 billion. GM bailout saved 1.2 million jobs and preserved $34.9 billion in tax revenue for the US Government. In 2010, the reorganized GM made an IPO and returned to profitability later that year. Today, GM produces over 9 million vehicles annually, employs almost 200,000 people and brings in $150 billion in annual revenue.

In India too, a comprehensive Insolvency & Bankruptcy Code was introduced in 2016.

2. Balance the interest of all stakeholders

3. Creditor protection and revival of enterprise

Since 2016, major successful resolutions include high profile failed businesses such as,

1. DHFL – the Piramal Group invested 37500 Crores and revived the business

2. ESSAR GROUP – landmark case wherein Arcellor Mittal pumped in 42500 crores to revive and the creditors got back nearly 85% of their dues

3. Bhushan Steel – Tata Steel revived the business putting in 32500 crores, with the creditors getting back over 60%

To summarize, failure and bankruptcy are increasingly being recognized as a common occurrence and dealt with – rather than carrying the stigma of a plaque to be avoided at all costs.  Consequently, the risk appetite among industrialists and businessmen is going up multifold across the spectrum.

Socially too, just as poverty in early life is not an insurmountable obstacle, bankruptcy is not a dead end for life’s goals and achievements. More importantly, parents are accepting and encouraging the start-up culture for their children. This is reflected in the booming start-up culture across the globe.

This is a direct result of the realisation that failure is not a dead end but just a pause in the journey of success.