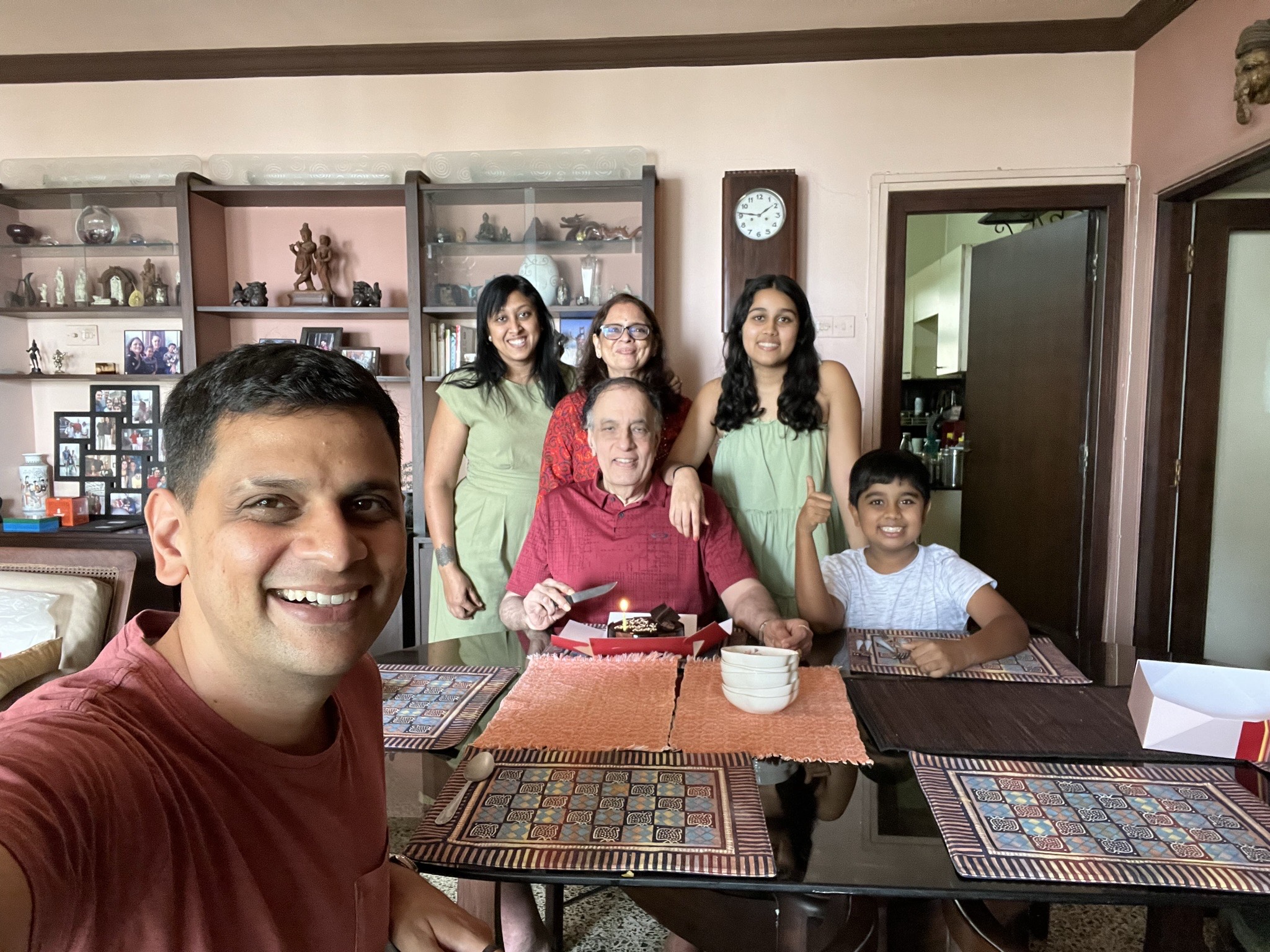 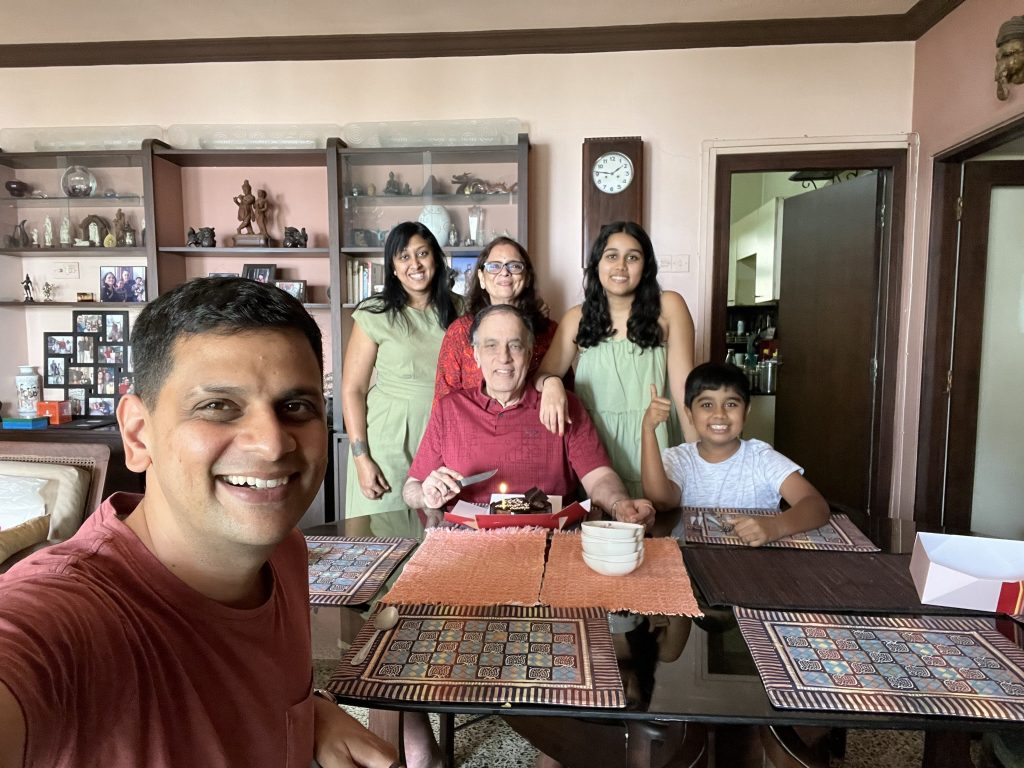 A TRIBUTE TO VS KRISHNAN

Krishnan and Ramakrishnan – two boys destined for a lifelong friendship and healthy dose of rivalry.

I first met VS Krishnan (VSK/VS) in 1965 in our first week at IIT Madras.  We were both fresh-faced 16-year-old, innocent and naïve. We last met as grizzled grandfathers 57 years later, just a few months before his untimely demise.

Our lives ran a remarkably similar course in both the academic and corporate worlds.  We were born in Chennai, just a few miles and a few months apart. We were both from unassuming Tamil Iyengar families that valued education, hard work and ethical conduct. Many would consider us quintessential Tambrahms.  I can remember having modest ambitions, as was probably the case with VSK. After his early education in Chennai, VSK’s family relocated to New Delhi, and he was enrolled in a Madrasi School there.  His schoolmates remember him as a brilliant student held up by their parents as a paragon and role model to be emulated. Whether that endeared him to his classmates is another question. VSK’s talents were not confined to the curriculum; even during his school days, he had varied interests including debating and the study of Sanskrit.

After completing school, VSK won easy admission to IIT Madras.  There too his sharp intellect and incisive analytical ability stood him in good stead, and he was consistently in the top 2 or 3 of the class. In IIT, as in most educational campuses, it was usual for students to be given a nickname. VSK had the dubious distinction of having at least two such names. One of them came about like this:

In a Physics class, the professor asked VSK what he knew of Kepler’s Laws of Planetary Motion.  VSK stood up and launched into a masterly exposition.  After this, the awed (and probably a little envious) classmates unkindly dubbed him as Kepler’s Balls. This was harsh even by IIT standards, so it was soon softened to plain Kepler. However, someone pointed out that in Tamil, a name ending in the sound ‘r’ is usually a respectful form of the original name ending in ‘n’.  For example, Ramar is the respectful form of Raman, Kuchelar is the respectful form of Kuchelan and so on.  IITians are not prone to give undue respect to their classmates, outstanding though they may be; so VSK’s nickname was downgraded to plain Keplan or Keplen.

VSK had a distinctive physical characteristic – one shoulder was markedly lower than the other.  For this reason, he was dubbed as ‘thole’, the Tamil word for shoulder.  Those familiar with Kambar Ramayanam will note the allusion to the famous line, ‘thole kandar, tholey kandar’.

VSK was disappointed to find that IITM did not offer many opportunities for a debater.  Undeterred, he created the opportunities himself – participating in debates in other city colleges. He won nearly every contest in which he participated but his instinctive reticence ensured that the rest of us seldom knew of his successes.  On at least one occasion though, his iron self-control failed.  He declared loudly at lunch time that the chapatis at the previous night’s dinner were stone cold.  Those who heard this were puzzled because to them the chapatis were just fine.  On being pressed, VSK said that it was probably because he ate very late.  The rest of the conversation went something like this:

Listeners: Why were you late?

VSK: I had to go into the city.

Listeners: Where did you go?

VSK: To participate in a debate

Listeners: How did you do?

VSK: I won the first prize

After this ‘cold chapati’ became code for disingenuous modesty.

In IITM, as in Madrasi school earlier, VSK mentored many of his classmates.  One of them, Srinivasan, recalls how, being from a local Tamil-medium corporation school, he was at a loss in the more cosmopolitan English and Hindi speaking world of IIT. VSK took him under his wing, helped and guided him and they became good friends. Five years later, nearing graduation, the advice extended to job prospects and interviews.  When Srinivasan had to attend an interview at Mumbai – a forbidding city to outsiders – VSK arranged for him to stay with his parents there.

Unlike many in his graduating class who had their hearts set on going to US universities, VSK opted for management study in India. He was accepted (easily, needless to say) into IIM Ahmedabad. IIMA was another arena which enabled his abilities and skill to blossom.

After graduating from IIMA, as one of the gold medallists, he had no difficulty landing a prime job.  He was one of four, including me and two others, selected by Tata Administrative Services (TAS). After the initial years, he was allotted to Telco, now Tata Motors.  He was given responsibility for cost planning and his colleagues acknowledge that he set up a unique and effective system. Recognising the good work he had done, the company gave him expanded responsibility for strategy, budgeting and capital allocation. A colleague who went on to become President of Hyundai Motors India recalls VSK’s excellent work in strategy planning, and his success in highlighting the importance of marketing to a company hitherto focused on technology and production.

While at Telco, VSK married Rekha, an accomplished artist and connoisseur of culture.  Given that VSK was a hardcore engineer and tech-oriented manager, the couple were diametric opposites, on the surface. In reality VSK appreciated, supported and encouraged Rekha’s artistic endeavours.   They had a son Hari (now a successful CEO in Singapore) and two grandchildren on whom VSK doted.

Several honours came to VSK during his stint at Telco.  The Chairman hand-picked him as his representative in a committee formed by the Government of India to chart the future of Maruti at a time when Suzuki had yet to come on the scene.  Later, he was chosen to lead a 3-man team at a competition run by the All India Management Association.  His presentation won him an ILO scholarship to study in IMD Business School in Lausanne, Switzerland. This gave him invaluable international exposure.

Then came management changes and re-structuring at Telco. During this time, an old trait of VSK’s re-asserted itself with force. This was his inability to suffer fools.  After the changes had been effected, he found that he was no longer enjoying his work and decided that it was better to quit than continue in purgatory.  He moved on to RPG Enterprises but lasted there only three years.  He next moved to HCL Europe as its CEO but couldn’t settle down there either. My guess is that after his long and successful tenure at Telco, any other employer seemed a comedown.  It became increasingly clear to VS that the time had come for him to set up on his own.  He began to offer consultancy services, especially in Strategy and Operations Transformation, to multinational groups and large corporates with globalisation ambitions. From all accounts, including that of a classmate who collaborated with him on a project, the consultancy was very successful.

On one of his visits abroad, VSK suffered a health emergency at Oslo airport.  Dramatic though it was, not many were aware at that time that VSK’s health problems had in fact started a few years earlier with a massive heart attack. He fought back by living a regimented and carefully controlled life, but the damage was done and his health was compromised.

VSK used to make regular visits to Singapore to spend time with his two grandchildren, who had become the light of his life. In August this year, he made another such visit.  Already weakened by his health issues, he landed directly into the vicious clutches of Covid.  Here, at last, was a contest VSK could not win.  To the shock of many who knew, respected, and loved him, he passed away on 31 August 2022.

The more I think of VSK’s death, the more I am convinced that this is not a time for mourning.  On the other hand, it is a time to celebrate the life of a man of many parts.  Not only a brilliant scholar, but also a successful manager, formidable debater, respected mentor, staunch friend, devoted husband, loving father and adoring grandfather – a Renaissance Man.

Author’s Note:  I wish to thank Ram Nair, my classmate at both IITM and IIMA, for his input in the preparation of this tribute.