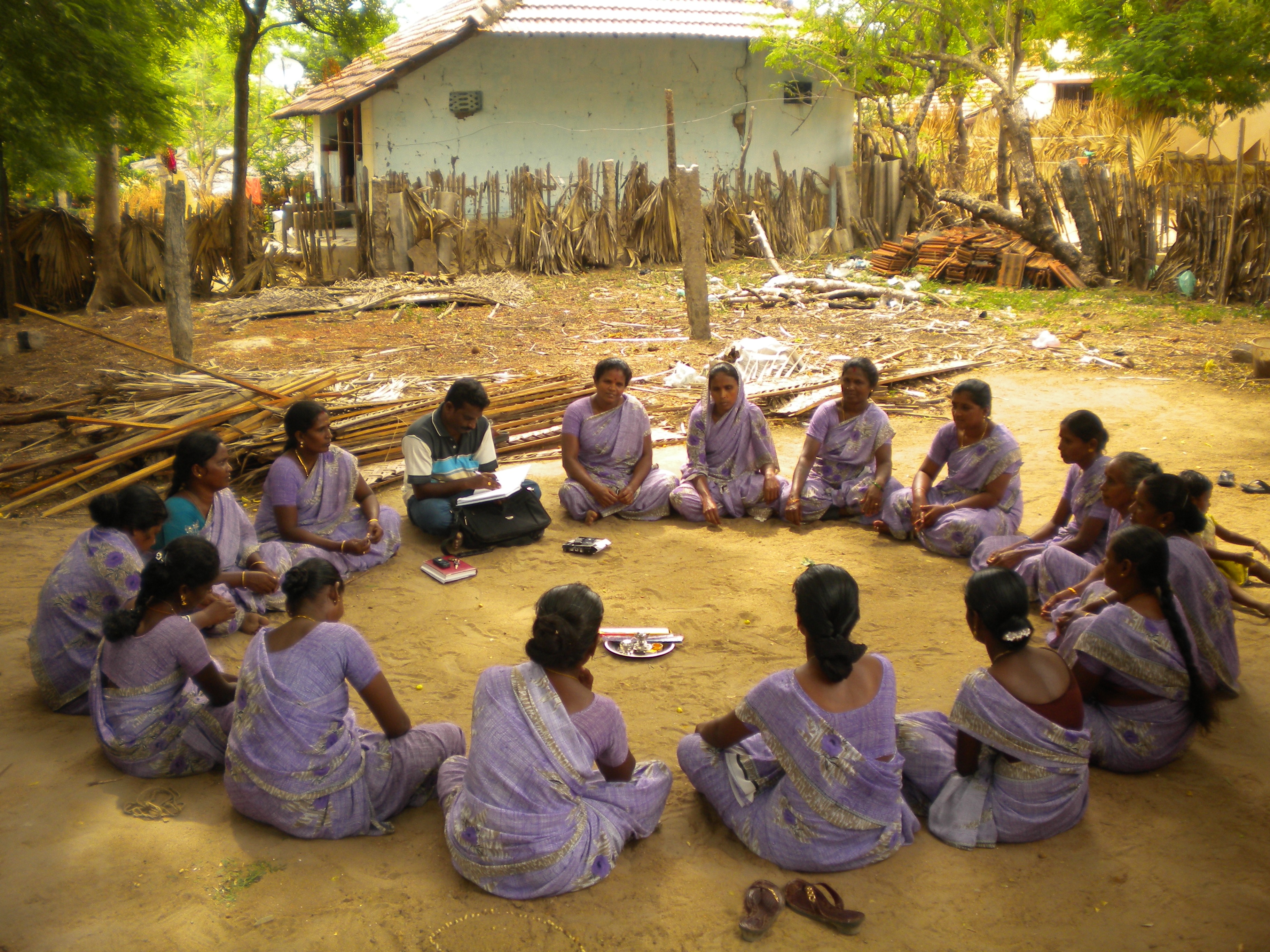 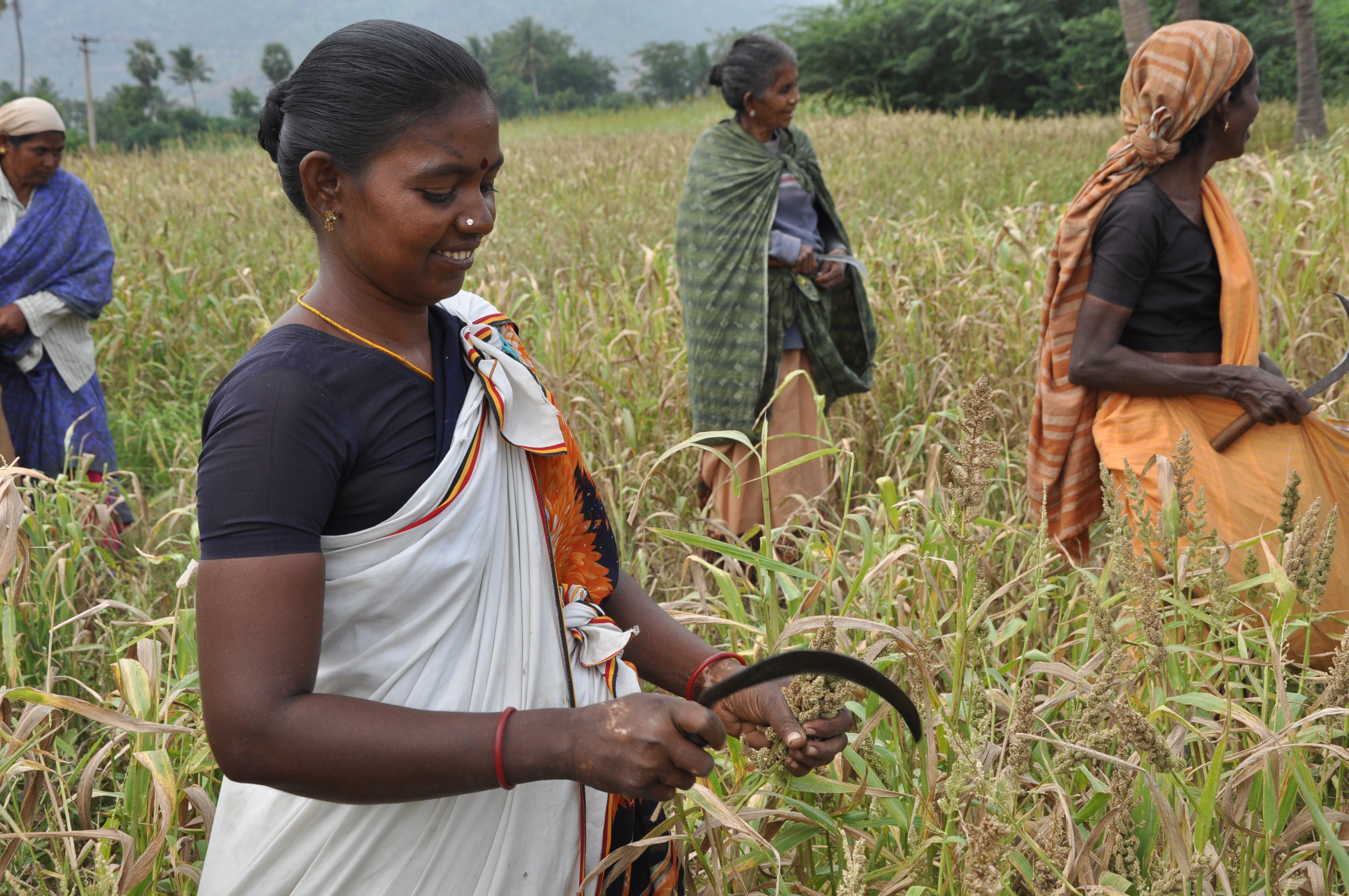 Two Decades of Engagement with the Poor Communities

Mr. M.P. Vasimalai, Executive Director of DHAN Foundation is a post graduate in Agriculture and a management graduate from the Indian Institute of Management, Ahmedabad. He has over three decades of experience in development work and one of the key people in setting up Professional Assistance for Development Action (PRADAN). He was instrumental in setting up DHAN Foundation in 1997. He has specialised in community organisation, designing development interventions in the fields of natural resource management, livelihood promotion and institutional development. He has traveled extensively within and outside India and has participated/presented papers on these themes. He is also holding various positions in national and international forums, working groups, task forces and missions of Central and State governments on these themes. He was instrumental in promoting various network organisations. His areas of interest are institution building, leadership development and promoting various development themes for poverty reduction. 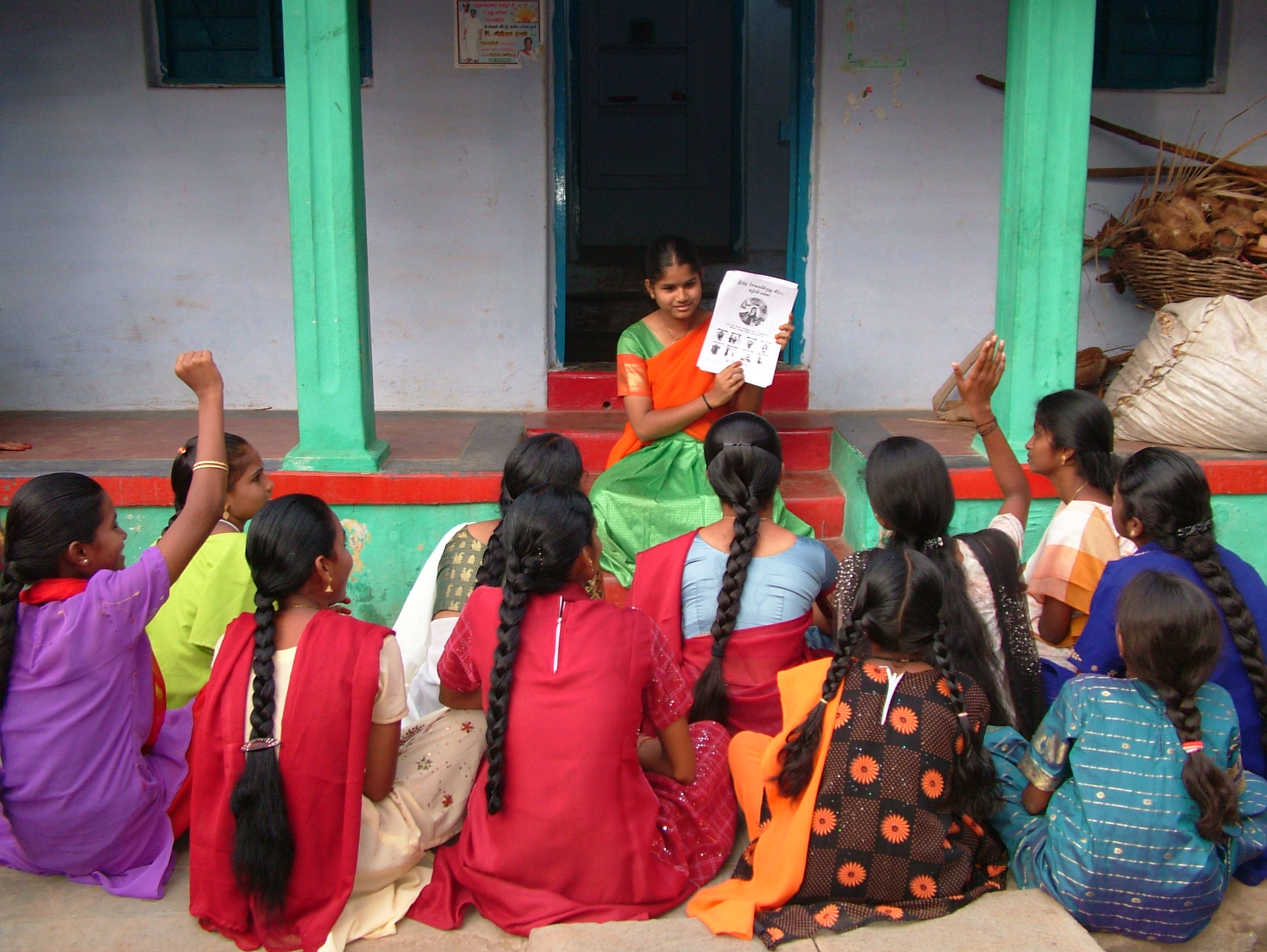 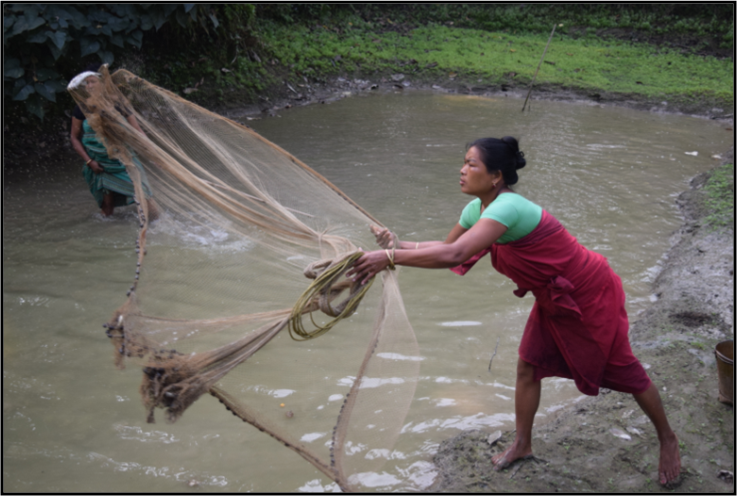 Development of Humane Action (DHAN) Foundation, a professional development organisation, was initiated on October 2, 1997. DHAN’s mission is ‘Building People and Sustainable Institutions for enabling the poor for poverty reduction and inclusive, ecologically balanced development”. DHAN envisions poverty free, value based, equitable, ecologically sensitive and peaceful society in all contexts. It further envisions to be a sectoral leader in microfinance, water and agriculture, and rise as an institution of excellence in human resource development for the social sector. DHAN pioneers in institution building for poverty alleviation with people governance and management.

DHAN Foundation works to make significant changes in the livelihoods of the poor through building scalable, cost effective and sustainable innovations for self-reliance. DHAN as a mothering institution intends to promote and nurture new ideas on development themes and scale them up to benefit poor and marginalised communities. Driven by the philosophy of “Giving Back to the society” DHAN continues to attract, groom and engage highly qualified and socially concerned young professionals to work at the grassroots for making meaningful changes in the lives of the poor. DHAN as an HRD institution attracts socially concerned professionals, grooms and places them in grassroots development work to make poor lives different with dignity and right livelihoods. 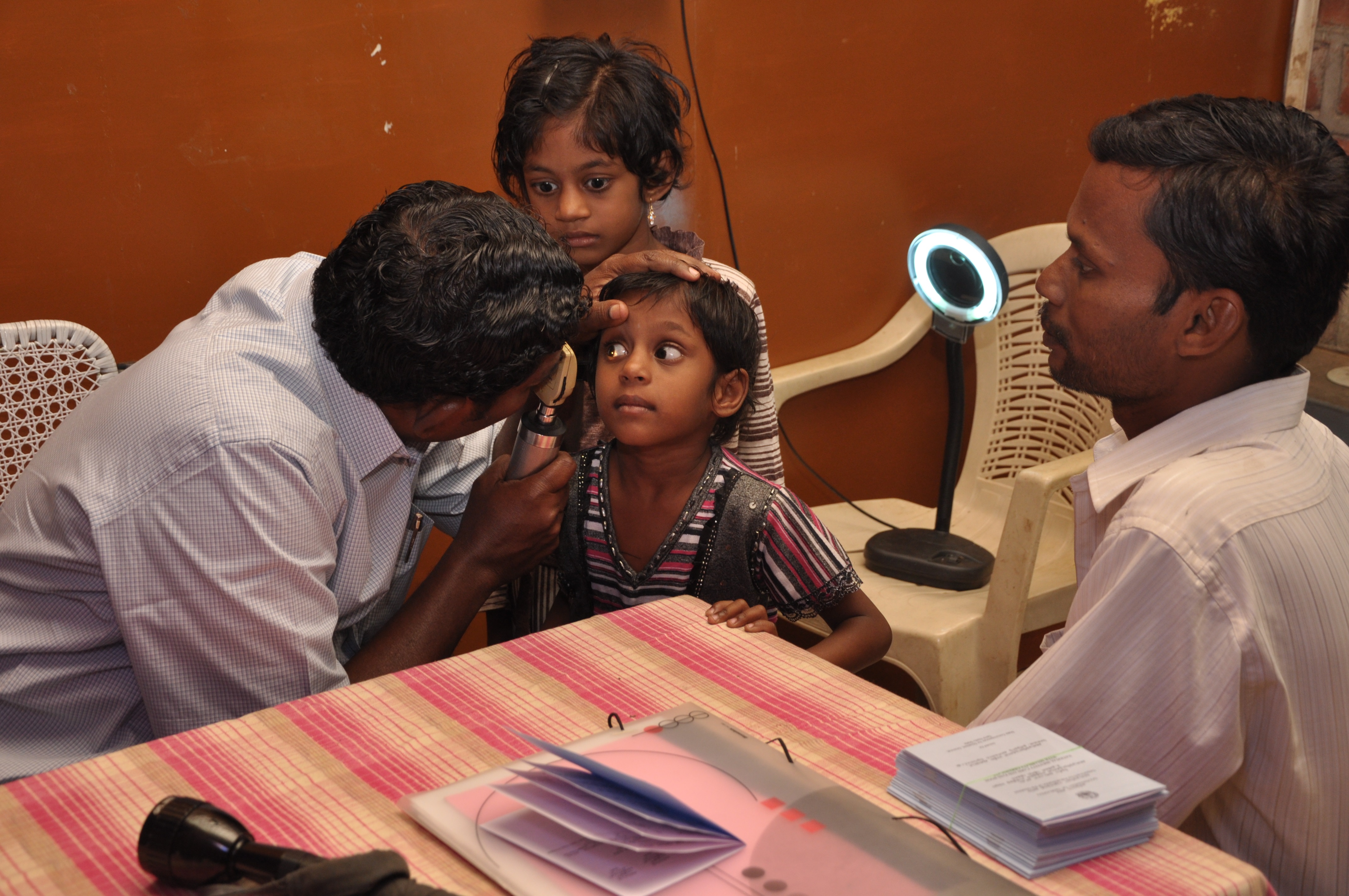 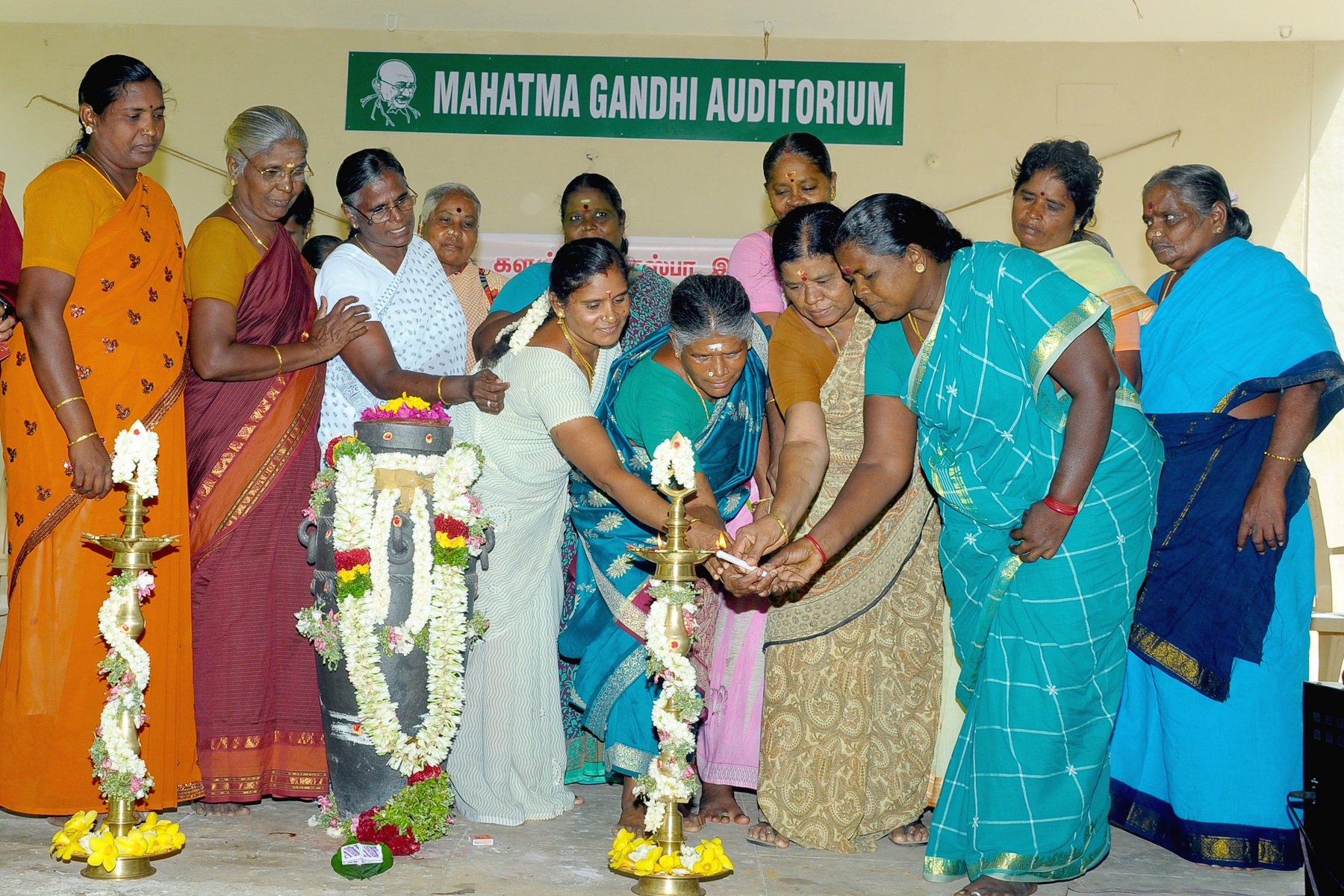 DHAN’s livelihood enhancement approach entails a system of inter-linked components. There is a three-way link between technology, people’s organisations and environment to promote successful activities for the poor. Technology is not class neutral; hence it has to be adapted so it could be used by the poor. Local organisations are needed to become carriers of the scaled down technology. But incentives of the tangible benefits derived from such technology are necessary to build viable and sustainable local organisations. The third factor, the enabling environment, is critical for the other two factors to perform.

As is obvious, the success depends on the best mix of these factors and all of DHAN’s initiatives in community banking and water conservation have seemingly gone through this experience. This is borne out by the various observations and the success of the initiatives. It is the basic approach to processes and deriving from that, institutions, knowledge systems and styles of functioning. This is the enveloping function or approach to the above triad. Conceptually, DHAN’s approach lays emphasis collective empowerment, enhancing the common welfare of the group, a process that leads to the increase in individual welfare.  Placing all transactions, including accounts, decision-making processes, conflicts and so on, in the public space, leads to collective empowerment. Nothing is kept confined to a few individuals. 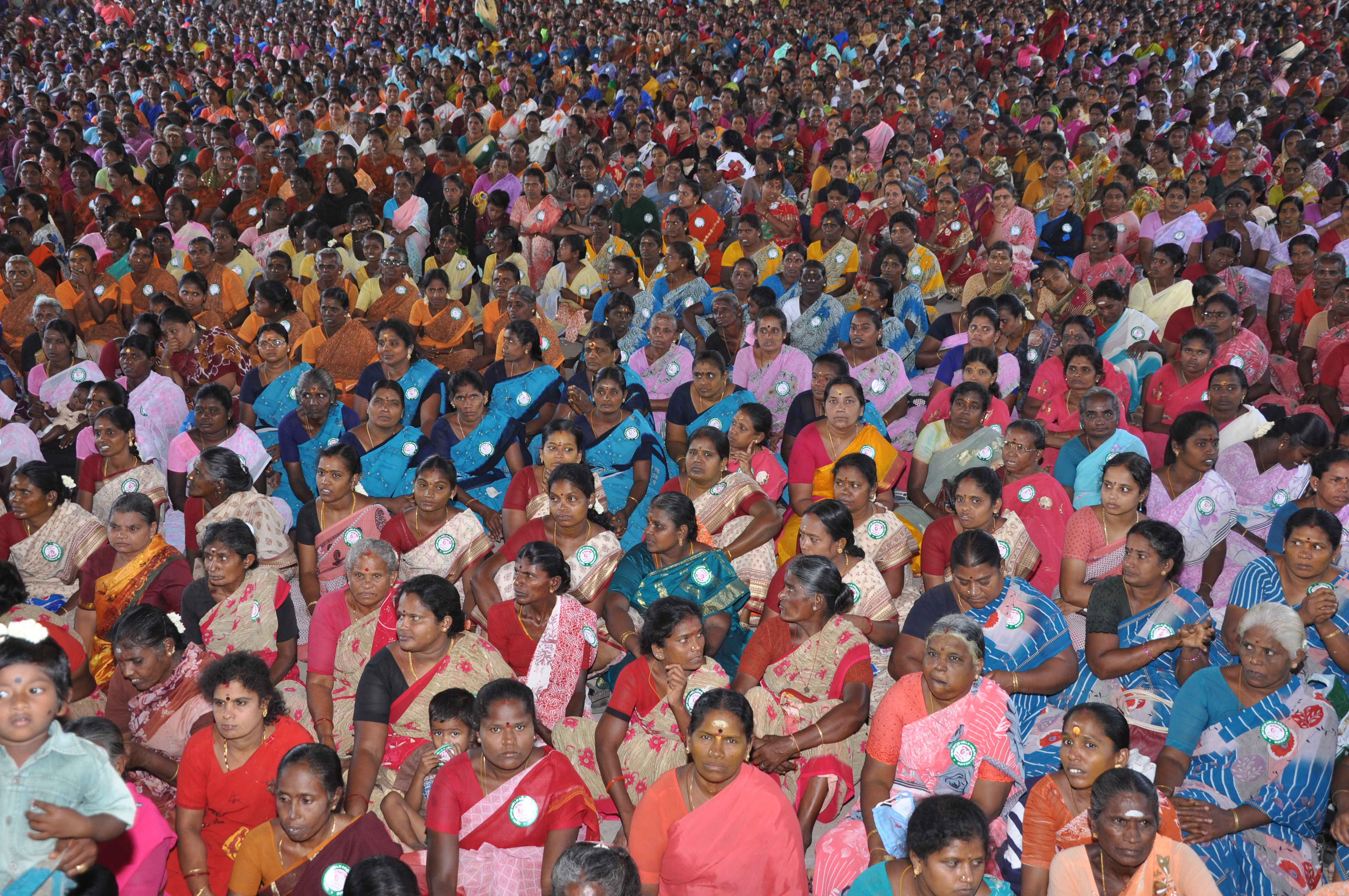 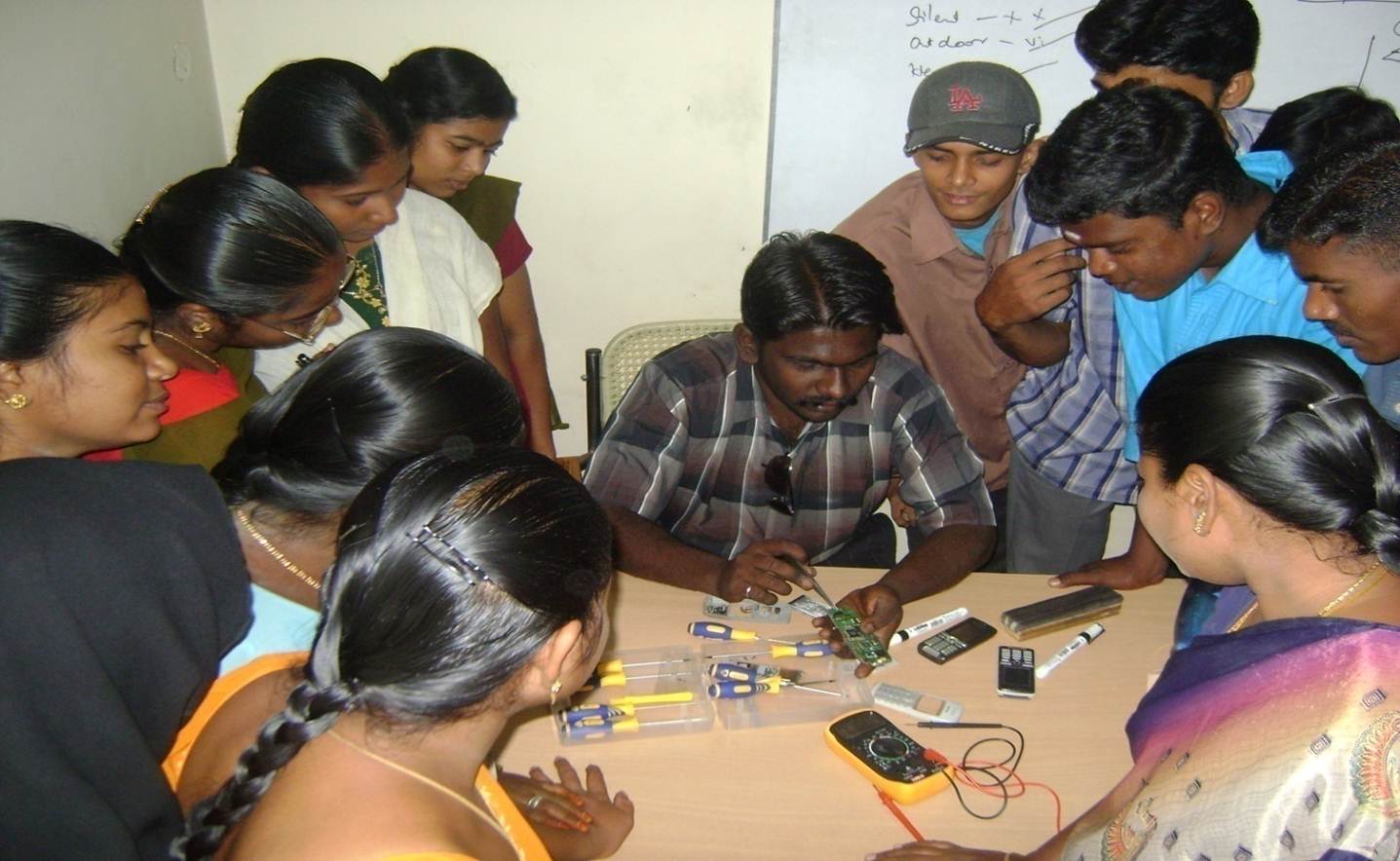 DHAN’s core philosophy is mothering development innovations. DHAN is always on the lookout for emerging new opportunities for the poor; design a theme around the issue, experiment for few years to evolve a replicable and adaptable community organisation model in different contexts, and then consolidate the experience to launch it as a programme for scaling up. The criteria for evolving a new programme are its potential to impact large number of poor households for their better living and its replicability indifferent contexts. DHAN has been launching new themes for piloting in the beginning each decade. In the beginning of 1990s, Kalanjiam Community Banking and Vayalagam Tank–fed Agriculture Development were launched to work on microfinance and water as tools for poverty reduction. Both these themes have completed 25 years of their engagement with the poor communities.

Kalanjiam Community Banking Program, initiated in 1990, focuses on organising the un-organised poor communities into self-governed nested institutions. Kalanjiam SHGs (Self Help Groups) are promoted at the hamlet level, and subsequently networked into Cluster Development Associations at Panchayat level and Federated at the Block level. The collective strength gained as result of it would enable them to work in collaboration with the mainstream to gain access and control over financial capital through linkages with banking and financial institutions; enhance human capital by building appropriate production and marketing skills; create and strengthen physical capital in the form of income generating assets. The hallmark of Community Banking Institutions promoted by DHAN is achieving sustainability in social, financial, and technological aspects. The primary groups start meeting their costs of operation from day-one, which builds their confidence and capacity to manage both financial and human resources on their own. By making decisions, monitoring their own progress, and solving conflicts, people acquire a sense of solidarity, as well as competence to govern their institutions. DHAN Foundation initiated an action research project in 1992 for regeneration of farmers’ management in the tank irrigation system, which took a shape of a scalable ‘Vayalagam Tank-fed Agriculture Development Program’, which has expanded its approach of working on isolated tanks to tank-based watersheds, reviving chains of tanks in minor river basins to multiply the impact of the restoration works. In the process, DHAN has also evolved scalable models for community-led conservation and development of traditional water resources, inland fisheries development, creation of drinking water ponds, as well as low cost and household level water treatment methods. DHAN lays emphasis in building social capital for reviving the age-old practice of community management (kudimaramath). Farmers and farm-labourers dependent on each tank are organised into Vayalagam Associations, networked at the cascade level (chain of tanks linked hydrologically) and federated at the block or district level to take up conservation drive on the large scale. 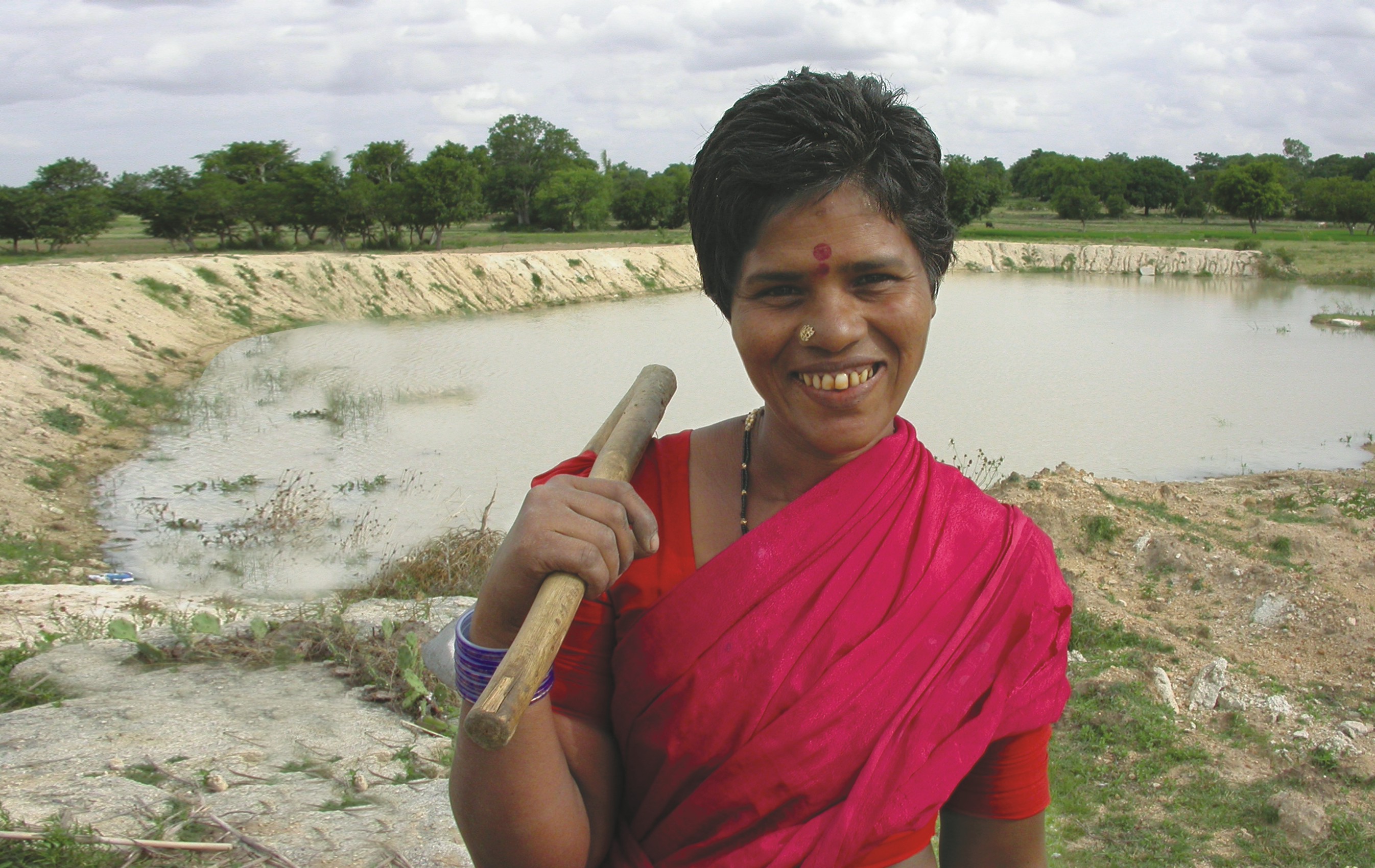 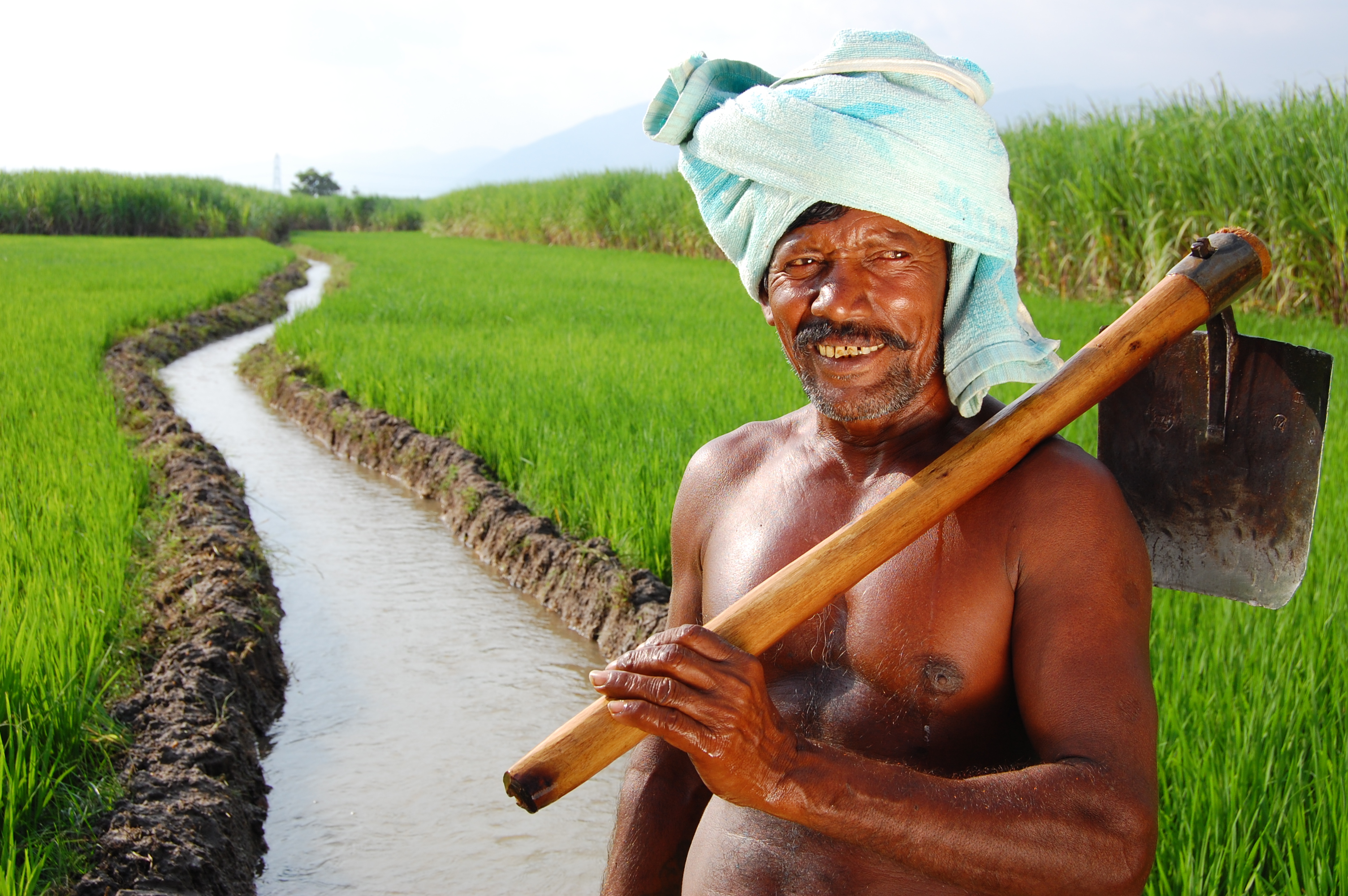 Other Development Themes of DHAN

At the dawn of the new millennium (year 2000), DHAN initiated four more themes as followed:

In the beginning of the next decade (2010), DHAN launched three new development themes viz., migration, youth and climate change adaptation. These themes are involved in piloting in select locations to evolve a scalable programme components. In 2017, exclusive Institutions for deepening Small Millet Initiatives such as Panchayat Development, Housing for Poor have been launched.

The Impact and Contributions

Reach and Impact: Following its unique process of promoting localised Peoples’ Organisations, managed and governed by the communities, DHAN has organised 1.65 million poor households spread over 78 districts in 14 Indian states into 66000 primary groups and who have been networked into 300 Federations. Also, it facilitates people to self-assess their graduation on the ladder of poverty reduction, declare publicly that they ‘Moved out of Poverty’. Every year, on the Foundation Day of DHAN on October 2nd, the birthday of Mahatma Gandhi, after a thorough scrutiny people would declare it with a lot of pride and self-esteem. Out of 1.65 million people so far 400,000 people have declared themselves Moved out of Poverty.

Enabling Approach: DHAN never follows ‘Delivery Approach. It always believes in ‘Enabling Approach’ and ‘Institution Building Approach’ which lays emphasis on self-help, mutuality, community ownership and control over resources and benefits, thereby the interventions like microfinance or water resources development are just taken as means and not the ends.

Professionalism in Execution: DHAN believes in peoples’ capacities, which continues to attract, groom and place highly qualified and socially concerned development workers at the grassroots works. More than 800 professionals and 2500 field associates are working across 14 Indian states bringing implementation rigor to the programmes. Another prime feature of DHAN is effective decentralisation. DHAN has 60 regional offices, also known as DHAN Resource Centres, spread across these states, anchored by Senior Professionals. Each region works with 5 to 10 Peoples’ Organisations, managed by the professionals. 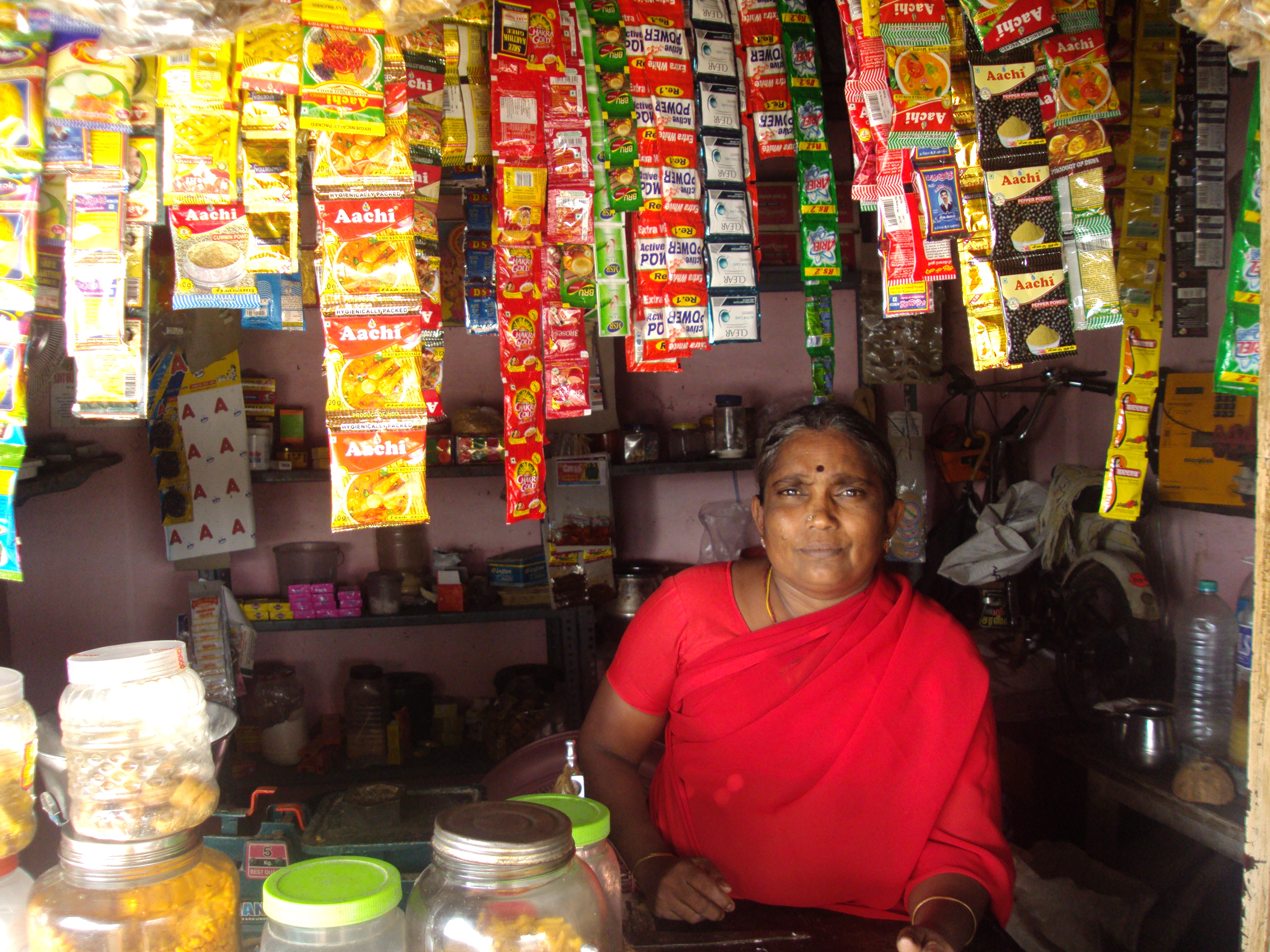 Two decades of DHAN’s journey in fulfilling its mission of building institutions for poverty reduction centred on human capital has resulted in a number of innovative and proven processes and methods in the realm of institution building. All its innovations such as community banking for addressing the issues of poverty, rebuilding community governance in water resources, preparing motivated professionals for working in the development sector, hardwiring values and ethics in all the organisational members, etc., have been tested for their results, adaptability in different contexts and have been demonstrated on a large scale at the national level.

In the next five years, DHAN has planned to reach two million poor households by organising them into 500 independent peoples’ institutions and move 0.5 million households out of poverty by enhancing their livelihoods. It aspires to build and share knowledge through networking and impact policies from the learning generated by large scale community-led practice. DHAN, as a learning organisation, would continue to focus its efforts in finding new ways of working to enhance the impact of its work on the community, forge new partnerships to scale up its innovations, as well as continue to attract and groom motivated young professionals for grassroots development work.