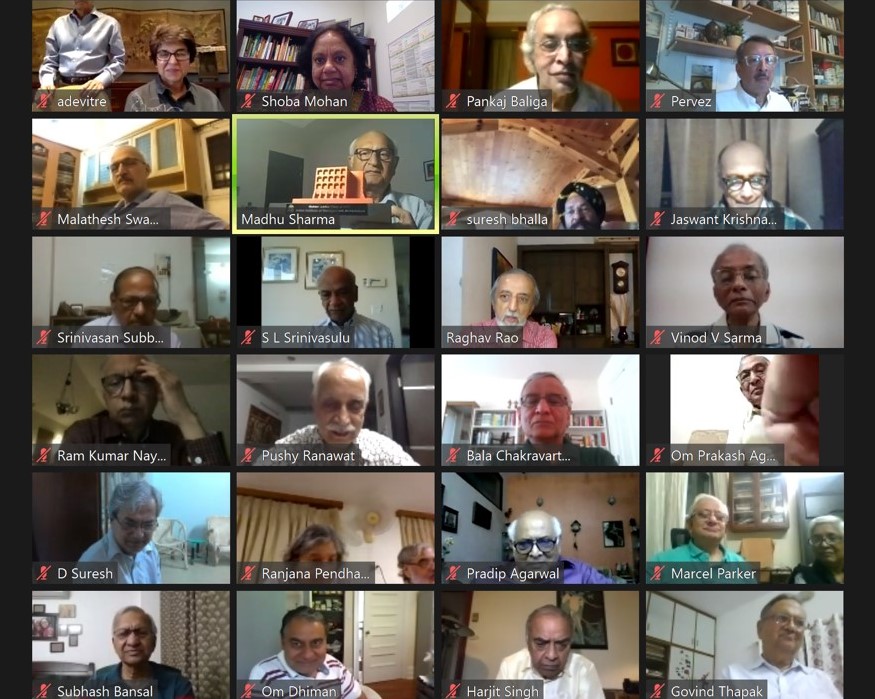 Preparations for the Golden Jubilee Reunion of the PGP 1968-70 batch to be held in Ahmedabad (March 19-21, 2020) started with an enthusiastic bang in April 2019 and ended in a COVID-19 whimper a year later when the postponement of the Reunion was announced. The considerable planning and effort that had gone into what would have been a landmark event had to be suddenly abandoned. The reunion was planned to coincide with the 55th convocation of IIMA and the PGP70 alums were designed to be part of it; the convocation had also to be postponed because of a GOI advisory.

Our hopes of visiting the institute – to see the campus, attend a class, discuss a case, to soak in the sights and sounds to see if they would resonate with our time there, to meet old class-fellows and try and take off from where we left off the last time we met, to visit old haunts and new places of interest, to partake of a genuine Gujarati meal – were dashed.

Akshaya, the reunion magazine, was released as scheduled on March 15 but digitally, unceremoniously. Hard copies were couriered to the spouses of deceased class-mates. An appetite seems to have been generated among several of our class-mates for a hard copy. A ‘new-improved’ edition catered to this demand in the first week of June 2020.

The Virtual Reunion, First of its Kind at IIMA It took far less time for us to adjust to the rhythm of life on campus, to unravel the secrets of how to study a case or participate in class discussions than it did to reckon with what later came to be known as a global pandemic. When realization dawned that we could not even guess the time it would take for all of us to meet again – with or without elbow bumps, let alone handshakes or hugs – we chose the next best option of a Virtual Reunion. Since global participation was envisaged, the time chosen was 7 pm IST; the time-tested formula of two-day reunions, sadly, had to be shrunk to two sessions – the first on July 31 and the second on August 01.

Prof. C Rangarajan Preceding the planned virtual reunion came the news that Prof. C Rangarajan, who brilliantly taught us the principles of macro-economics in our PG programme, had been awarded the first Prof PC Mahalanobis National Award in Official Statistics for Lifetime Achievement. A virtual meeting to felicitate him was quickly put together and 65 of our classmates attended the programme on July 24 at which Dr. Rangarajan kindly consented to give a talk on the Macroeconomic Challenges for Post-Covid India. 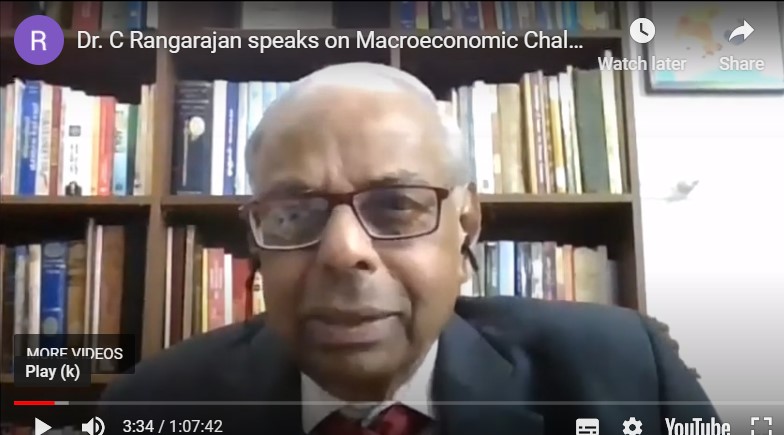 Dr Rangarajan was in many ways the same person we knew in 1968-70.  He looked the same and brought the same energy, verve and wisdom to his talk as he did to the courses he offered us at IIMA. Also in evidence was the same clarity of thought and expression and the lucidity which brought macroeconomic concepts within our grasp at that time.

Dr Rangarajan succeeded, during his one-hour talk, in transporting us back to our classrooms on the campus. The video of the event is available on the IIMA PGP1970 channel on YouTube: https://youtu.be/ZpOs1_Kt3qo

Two of our batchmates sought permission to meet him briefly in advance at his Chennai residence to present him with our letter of felicitation.

Day One of the well-planned and meticulously executed virtual reunion (VR) was exclusively   for the young Turks of 68-70 whose visions and ideas had by now been tempered by 50 years of work experience. To the two minutes given to each of the 57 participants to speak about what they remembered most at IIMA or thereafter, it was nostalgia time and, in a sense, WEC/WAC time. The grading of this project has not been undertaken yet. The fact that there have been requests for more such meetings is in itself a measure of its popularity and a manifestation of the many things that we are yet to talk about and of the news to be exchanged.

Of course, we missed those classmates who had passed on and tribute was paid to them through a video, sensitively put together.

One of the lasting images of Day One of the VR was that of Pandit Hari Prasad Chaurasia who struck a chord when he said that music was for the mind and the soul; that he wanted a guarantee of admission to the most sought-after business school in the country at least in his next birth. What followed was an exquisite (pre-recorded) rendering of Vaishnava Jana To by Panditji and his six accompanying flautists. A brilliant though brief substitute for the live performance he was to do for us at the planned reunion at Ahmedabad.

On Day Two, having been in a virtual classroom (with Dr. CR), we went on a virtual tour of the newly-restored and modernized Vikram Sarabhai Library. If there was to be one indicator of how IIMA has changed in the last 50 years, the library would be a front-runner.

IIMA Director Prof Errol D’Souza, in his address from the campus, exuded a quiet confidence. He expressed satisfaction at the support he was receiving from alumni globally and acknowledged their importance in brand building. He also acknowledged the generosity of the Faculty, Alumni and Board members.

Having informed his audience that IIMA is the highest-ranked business school in Asia, and that it had attained global rankings in Finance (11) and Leadership Training (14), he said that one of his objectives was to make IIMA more prestigious (read ‘improve its ranking’). The effort at IIMA was to provide participants in its courses with life-changing experiences and to help them maintain their relevance, in these times of volatility and uncertainty, to their organizations, to society and to their families. Consequently, IIMA had to design new and specialized courses in technology and digitization (hard skills) as well as courses on governance (public policy) and inter-cultural understanding (soft social skills). He said that education at IIMA stressed the importance of intrinsic motivation that would lead to a quest for knowledge. He announced that a School for Public Policy is in the offing. 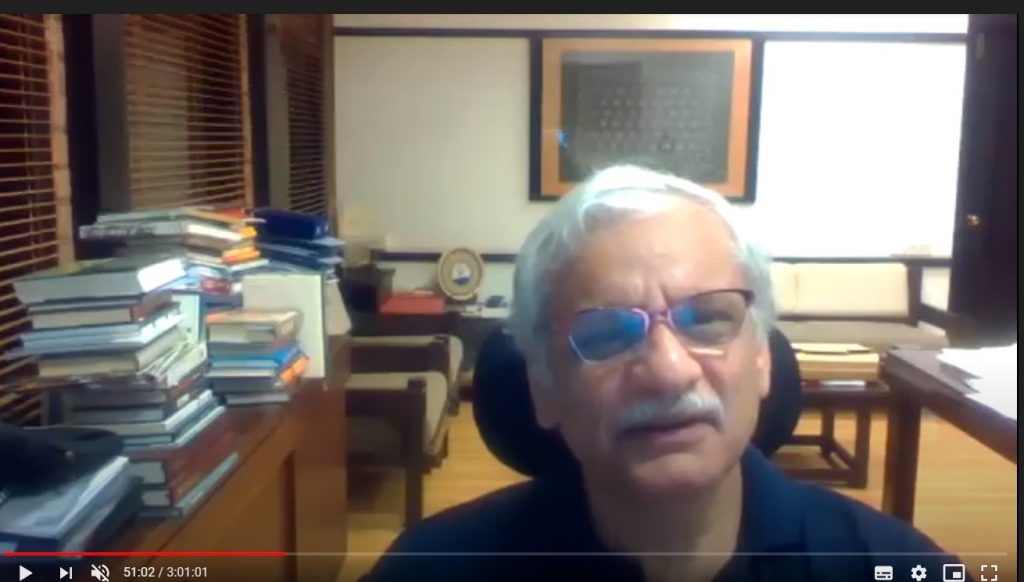 Prof D’Souza pointed out that the renovation of the Vikram Sarabhai Library was an attempt to preserve the history of IIMA; that the next (2-year) project to be taken up would be the restoration/upgradation of the Faculty wings. The architects, he said, aimed to make the restored building last a hundred years. Saying that he drew inspiration from Vikram Sarabhai, the Director expressed that the renovation and restoration work that IIMA had embarked upon was, in a sense, rebuilding what a founding father had built.

Prof D’Souza was visibly moved at being presented (virtually) a cheque for ₹2 crore, the Class Gift from PGP 1970, intended to restore one of the iconic red brick Louis Kahn buildings that have not withstood the past five decades well. 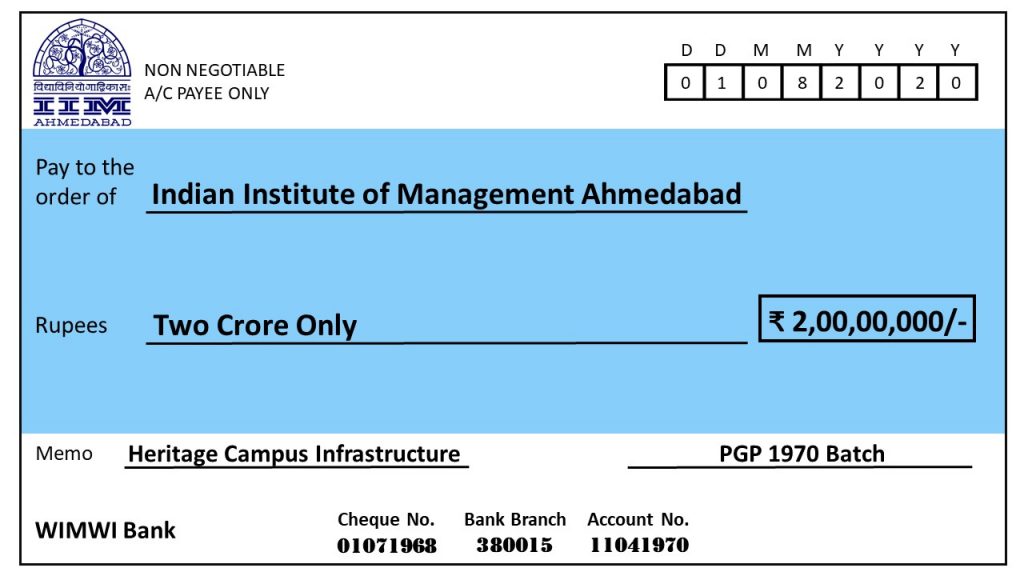 Prof Rakesh Basant, Dean, Alumni & External Relations, spoke of the strategic initiatives taken at IIMA that would be of interest both to current participants and to alumni, viz.,

Ajit Motwani, Head, Development, said the Class Gift of ₹2 crore from our batch was the first meaningful contribution from a Golden Jubilee batch.

A surprise announcement was then made by the organizers of the March reunion: a POP replica of the administrative block of IIMA was soon to be distributed free of cost to all our classmates as a memento.

Virtual Performance by Mallika Sarabhai In an insightful and thought-provoking introduction to her pre-recorded dance performance entitled In Search of the Goddess, Mallika Sarabhai said that she shared the vision of her parents, Vikram and Mrinalini Sarabhai.  Her mission is to continue their efforts at national development through art through such of the Sarabhai institutions as Darpana and Natarani. 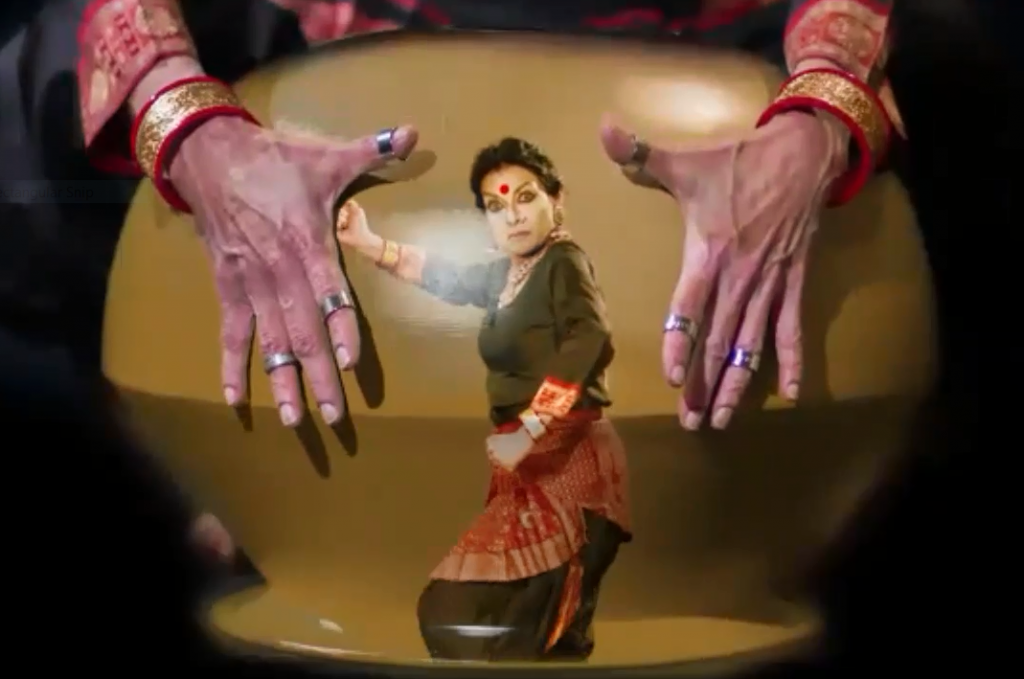 Her dance, in the Bharatanatyam style (with Nattuvanar singing in Tamil, Telugu, Kannada; Abhinaya by Mallika) spoke of several goddesses worshipped for their role in the creation and sustenance of the Universe, and contrasted this attitude of prayer with the patriarchal norms that still exist in our (the same) society. For this, she used the character of Draupadi (in the Mahabharata) at her Vastrabharana. ‘Of what use are you?’, she asks her five husbands, and goes on to think aloud: ‘Is power the only truth and is dharma all lies?’.

Mallika’s performance on August 01 was her first virtual one, just as our virtual reunion was the first of its kind of any IIMA batch.

A ‘break-out’ session ensued where dorm-wise groups went into several virtual rooms to chat. Twenty minutes later, everyone assembled to wish each other goodbye. It was past midnight in Singapore and past dinnertime for many in India!

The handful of PGP 70s who spared no effort to plan and execute this event were rewarded, with the reunion leaving a lasting impression on all participants. Since we are not content with being the second-best, this handful of individuals have unwittingly brought upon themselves the responsibility of organizing the post-Covid, post-VGJ reunion in 2022 ~ Karam hi Dharam.