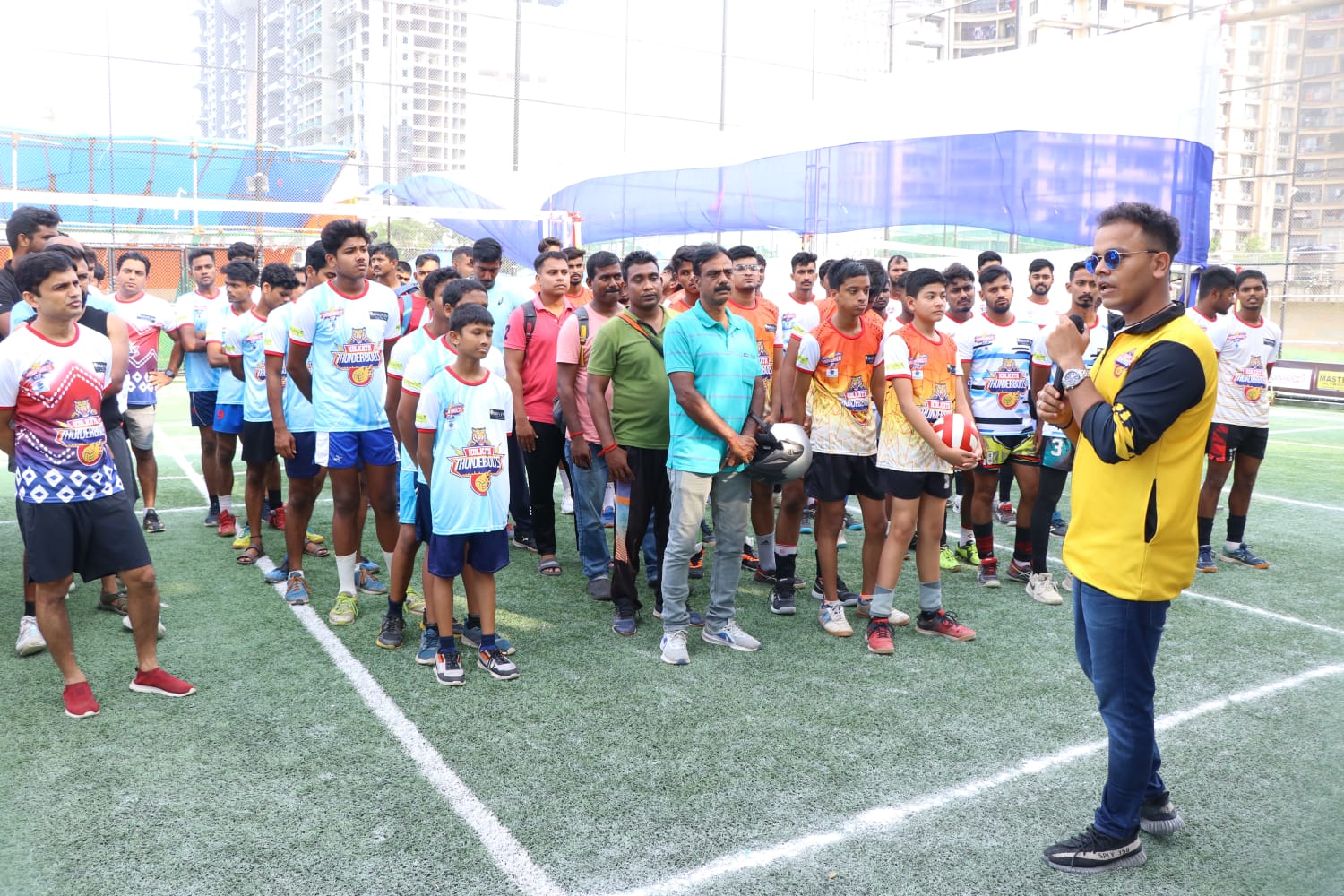 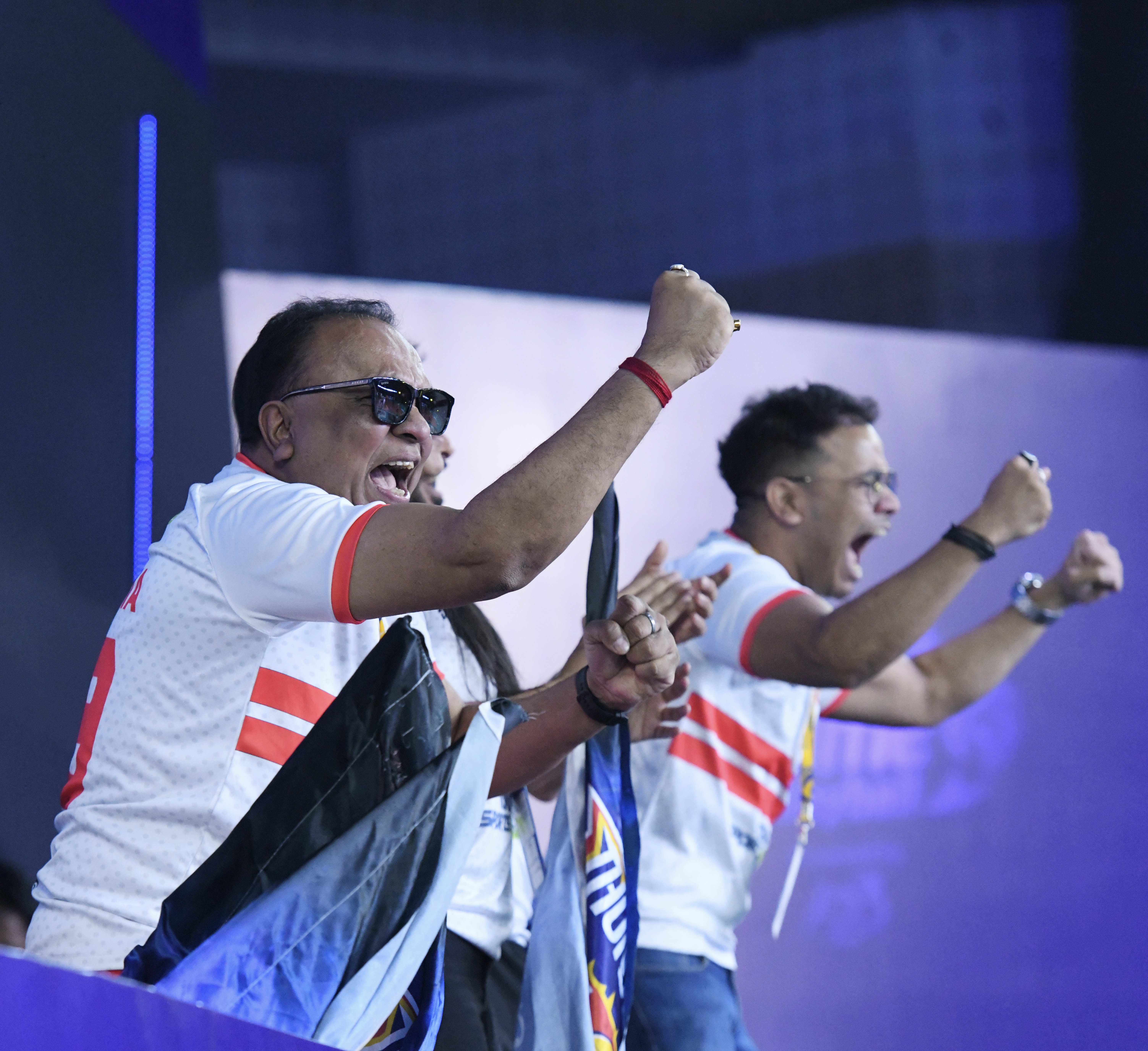 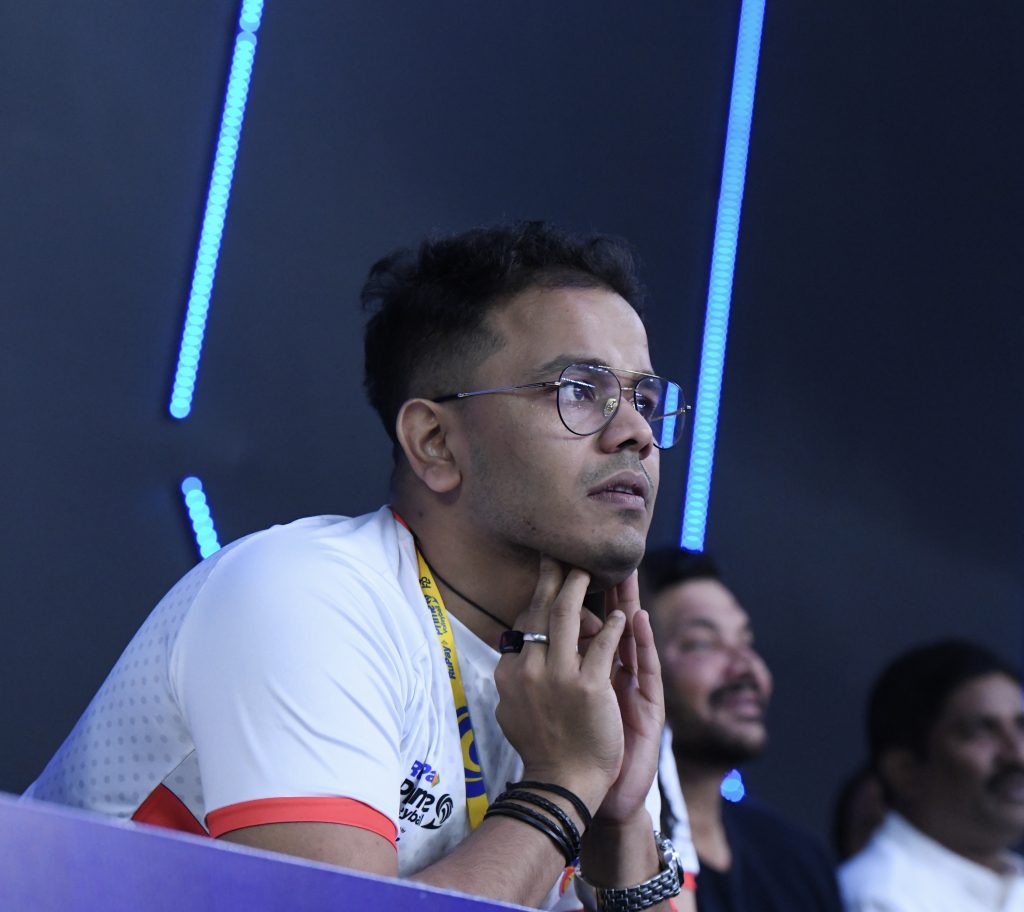 “KHELBE BANGLA, JITBE BANGLA!” roared the entire Gachibowli Stadium at Hyderabad on the 27th of February 2022, as Matthew August (24, from California, USA) hit the final smash that crowned Kolkata Thunderbolts as the inaugural season champions of Prime Volleyball League, against the Ahmedabad Defenders!

STARTED AT THE CAMPUS I cofounded Kolkata Thunderbolts with my father during my time at IIM Ahmedabad, and have been pursuing it full time since graduating in April’22. I currently work in the capacity of Co-Owner & Team Director of the Kolkata Thunderbolts, and recently became the recipient of the Sports Entrepreneur of the Year award by ET Inspiring Leaders (East) for my work with the team.

I was fortunate enough to be able to experience the championship winning moment in person with two of my best friends from IIMA who accompanied me to Hyderabad, while my batchmates and friends were all watching the match live on television, rooting for Kolkata Thunderbolts.

KOLKATA SPORTS VENTURES, house of the Kolkata Thunderbolts, was founded by my father, CA Pawan Kumar Patodia in October, 2021 when he stumbled upon an investment opportunity into a private sports league called Prime Volleyball League, modelled after the Indian Premiere League and managed by one of the most reputed individuals in the sporting fraternity, Mr Joy Bhattacharjya.

TWO MONTHS IN A WHIRLWIND I became part of the cofounding team owing to my intrigue and fascination of the running of a sports franchise, a niche subject I had only read articles about on the Ken. I started with handling the entire marketing operations and public relations of the company, while juggling assignments from Prof Amit Karna in November’21. My responsibilities included handling the social media of the company as well, while a marketing firm was hired to help with the logo design and branding of the team. The player auction for the first season was scheduled for the 14th of December’21 in Cochin, in one of the hotels owned by Muthoot Fincorp, another franchise-owner in the league. I remember reaching out to Prof Diptesh Ghosh in panic a day before the auction, when he generously developed a comprehensive simulation model overnight using his renowned Excel skills, and handed the model over to me as I drove from the airport to the auction venue in Cochin the following day. The next two months went by like a whirlwind, between term exams, final placement prep and the inaugural season in Hyderabad.

MY EXPERIENCE with the Kolkata Thunderbolts in the 6-month period prior to convocation had filled me with tremendous excitement about the venture. Within 12 hours of having landed back in Kolkata after my convocation ceremony at IIMA, I reported in the office of Kolkata Thunderbolts. I submitted a formal proposal to the board of directors and investors for my terms of employment as the Co-Owner & Team Director of the franchise, which after a couple hours of negotiations were finalized and signed.

THE LEAGUE had performed extraordinarily well, garnering 130 million viewers nationwide in the inaugural season, and were gearing up for an even bigger season 2 with discussions already taking place for additional franchises to come on board.

MY FIRST TASK was to get my house in order, since all contractual agreements made for the first season had concluded, and the company needed to hire its entire management staff from scratch. After multiple rounds of scouting and interviews, we were able to gather a task-force of 7 executives who managed an overall staff team of 32 employees. The team started its operations from the 1st of June’22, and has been delivering consistent performance since. I created an organization structure based on the following seven verticals – branding, social media, fan engagement, sales and sponsorships, talent promotion and scouting, mass outreach, and public media relations. Each of the verticals has a managing head who in turn report to the Team Director, who is answerable directly to the board of directors on the operations of the company. The verticals interact with each other and work in collaboration for all of the initiatives and campaigns pursued by the franchise.

KOLKATA THUNDERBOLTS is currently making headway in multiple directions. Some of the non-conventional campaigns I have executed successfully in the past months include a strategic tie-up with a national volleyball academy in Jharkhand, series of seminars in schools and colleges to interact with students to motivate them towards pursuing a career in sports and sports management, a fashion show to explore additional revenue streams for volleyball players as celebrated athletes, and composing and launching of the team anthem “Khelbe Bangla, Jitbe Bangla” to connect with the sentiments of the people in West Bengal, amongst others.

MY FIRST MAJOR PROJECT as Team Director was the Thunderbolts Cup, recently conducted between 23rd-27th August in Kolkata. The Thunderbolts Cup is a grass root talent scouting and promotion tournament, executed after a month of ground work and coordination. As part of the first edition of the project, the management reached out to 23 districts in West Bengal and selected 48 Durga-puja committees to send the best 10 Volleyball players in their respective neighbourhoods to represent their committee to compete for an attractive cash prize. The 48 teams competed against each other in 85 matches in 3 parallel courts simultaneously across 5 days at the event venue. Owing to the weather conditions, the matches were unconventionally held on an Astro-turf instead of a regular field. Above-ground volleyball net-post structures weighing 700 kgs were airlifted from Jalandhar to execute the tournament successfully. A carnival like atmosphere was created over these five days when the players displayed superior skill, and improved their performance each day in the spirit of competition. The grand success of the project has brought in invitations from the governments of Orissa, Assam and Jharkhand to conduct similar initiatives at the district level in their states.

UPON COMPLETION OF THE THUNDERBOLTS CUP, we launched the Thunderbolts Academy, a rolling roster team to carry the Thunderbolts flag and compete in regional tournaments, while serving as a talent scouting operation for KTB’s championship winning squad. Simultaneously, we are in the process of conceptualizing the Thunderbolts Army, a junior team which will feed the Thunderbolts Academy by scouting and training players all year round. I have also been appointed as Co-Head of the Marketing Committee at Prime Volleyball League, to give the marketing efforts of the league and the franchises a unilateral direction for better impact.

WAY FORWARD All in all, this past year has been a rollercoaster ride, turning my entire life around, with more in store to come. We are envisioning the combined efforts from the central and state governments, with corporates such as ourselves, to contribute massively to the overall infrastructure development of the sporting ecosystem in India in the next couple of years. We have reached up to the Rashtrapati Bhavan in our appeal towards achieving this vision. At every step of the way, my learnings from IIMA have come to my rescue, for which I remain forever obliged.